Provenance - an immersive installation about twins, family and history 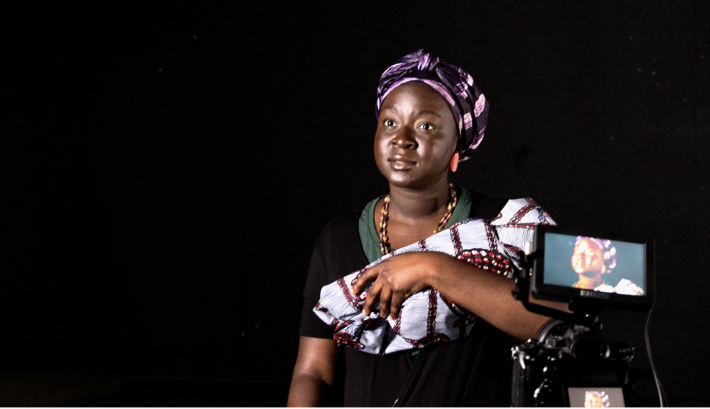 As part of University of East Anglia’s Future and Form project, I have been working with writer Ayòbámi Adébáyò and Mutiny Productions on 'Provenance', soon to open at the National Centre for Writing as part of the Norfolk and Norwich Festival 2021.

In this vivid and emotional immersive play, acclaimed novelist Ayòbámi Adébáyò tells the compelling story of twins separated by death. Follow the journey of the sacred ibeji artefact from its creation in Benin in 1895, to present-day Norwich in a story that spans continents, cultures and lifetimes.

Amongst the Yoruba of southwest Nigeria, twins are traditionally revered as gods. If a twin dies, the parents commission a sacred wooden sculpture of memorial— the ibeji. This figure is cared for as if it were a living twin. Guided by a live actor, Provenance unfolds over three simultaneous screens as we follow the 120-year journey of this sacred object from its creation in Benin in 1895, its capture during the 1897 British invasion, Nigerian independence in 1960, to present-day Norwich, revealing how a seemingly anonymous museum artefact – the ibeji – can hold the hopes and emotions of a family and even of a nation.

Experience Provenance within the magnificent grounds of Dragon Hall.

Performances are free and now available to book here: https://nnfestival.org.uk/whats-on/provenance/