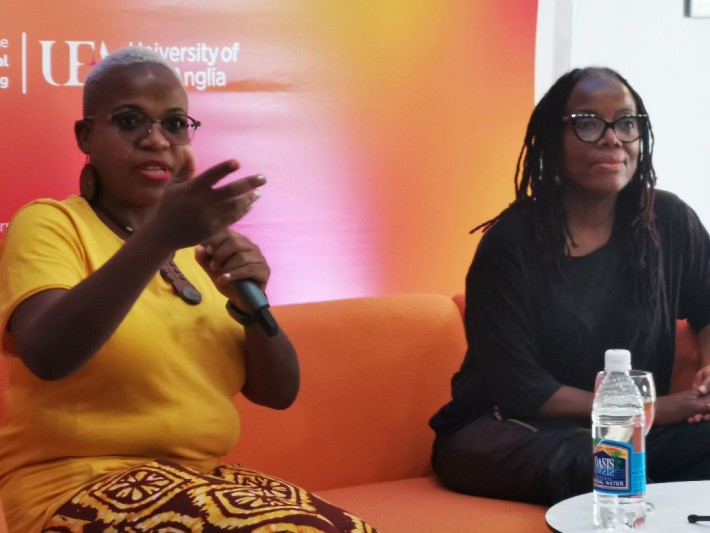 The first Doek/UEA International Chair of Creative Writing festival in 2022 was also the first literary festival focussing on Namibian and regional writing ever to be held in Namibia. Sixteen events made up the festival, including workshops, panel discussions, readings and musical performances. All were fully booked and attended. The festival garnered attention on local radio, television and in the national press. An anthology of short stories by the Doek Collective, a group of 12 new and emerging writers from Namibia, Zimbabwe, South Africa and Zambia is forthcoming in 2022, edited by Rémy Ngamije, with input from Tsitsi Dangarembga and myself as Director of the Creative Writing Programme at UEA. The International Chair programme will fund the editing, production and printing of the anthology, as well as pay a fee to all contributors. Featured writers at the Festival were Tsitsi Dangarembga, Zukiswa Wanner, Femi Ayode (a graduate of UEA's MA in Crime Fiction). Panels were moderated by local television presenters, writers, lawyers and cultural figures.