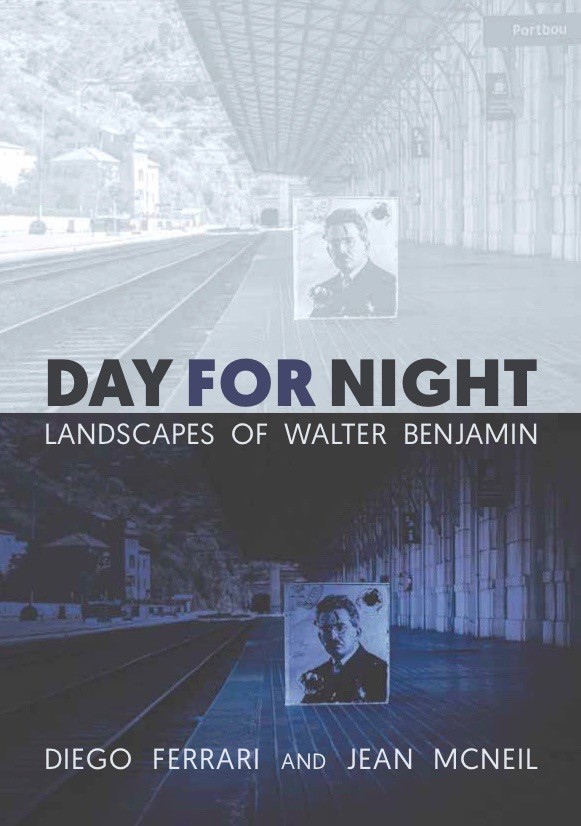 An anthology of writing by the best contemporary critics and writers on Walter Benjamin's legacy and the landscapes of his life and works. Edited by Jean McNeil and Julia Bell.

An exhibition At the Peltz GAllery, London, September-October 2018.

Walter Benjamin was a writer and literary critic who died in a small town in northern Spain while fleeing the Nazis in September 1940. A multimedia exhibition by artist Diego Ferrari and writer Jean McNeil commemorates Benjamin’s contribution to writing on art, literature and politics in an era when issues of statelessness, exile and migration have acquired a renewed charge. Walter Benjamin’s perceptive and formally experimental writing, along with that of his contemporaries – Frankfurt School thinkers such as Hannah Arendt, Theodor Adorno and Max Horkheimer – provides a radical and emotive commentary on the rise of nationalism, war, migration, the exercise of state power and how these large-scale forces shape our lives.

In this illustrated catalogue, leading writers and scholars offer perspectives on Benjamin’s relevance to our present predicament. Images, essays, fiction and poetry bring illumination to a darkening political landscape.

Contributors: in order of appearance