In a Vulnerable Place: Climate change and urban mobilities 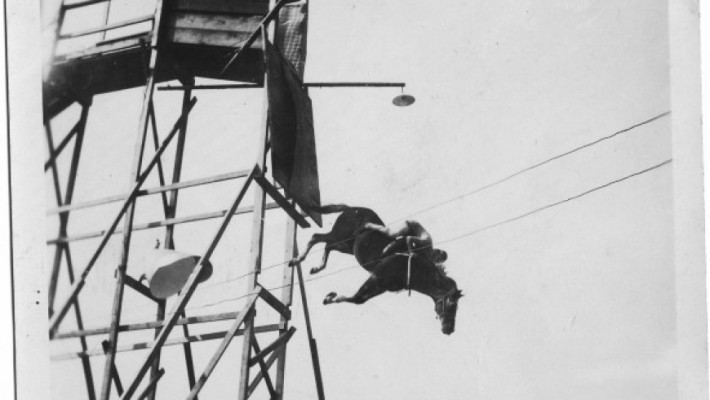 ‘Prepare for the unavoidable, avoid the unmanageable’.

What links climate change, migration and urban mobility? This past week I participated in two seemingly disparate but linked – I suggest – events looking at migration and human vulnerability to climate change. One was held in the converted church studio theatre space of the Norwich Art Centre and the other in the hallowed halls of the Tate Britain on the shores of the Thames.

The mantra quoted above appears in In a Vulnerable Place, a monologue performed by my colleague Steve Waters, a playwright who teaches at the University of East Anglia. In his performance Waters charted his research on the effects of climate change on the Norfolk coast and the Norfolk Broads. The coast of East Anglia is particularly vulnerable to climate change generated erosion. It’s not only an east of England phenomenon: climate change is predicted to fundamentally alter the British coastline in the next 30-50 years, affecting many of the 30 million people who live near the coastline of the British Isles. East Anglia’s coasts are particularly low-lying and composed of soft-sediment and will be among the edgelands most vulnerable to erosion.

Waters interviewed people affected, particularly the tidal surge and storm which consumed several metres of coastline on the 5th and 6th December 2013. His experiences in Norfolk and a subsequent trip to Mongolia to study the effects of climate change there informed his meditative yet riveting monologue about his attempts to come to grips with how a global and systemic issue such as climate change alters and derails individual lives and communities.

In the post-show panel discussion, Waters, myself and three other 'experts' attempted to answer the audience’s questions on climate change, bringing in our differing perspectives from, variously, the Norfolk Broads, Antarctica and Mongolia. The issue was apparently climate change, but a theme of vulnerability arose, again and again – a very human exposure in the face of forces seemingly more powerful than our ability, individual or collective, to act.

Later in the week at the Tate Britain, a separate but not unrelated set of discussions took place, focussing on the city and its built environment. At the annual Urban Encounters symposium panels of artists, scholars and activists discussed how the city is a human landscape. ‘We usually think of infrastructure as roads, public works, airports and so on,’ said Jennifer Bajorek, a researcher at the University of Johannesburg in South Africa, ‘but cities also have a human infrastructure.' Bajorek posited this as a complex web of networks and associations, flows of people and the capital they bring with them, which constitutes the city as much as its Tube or metro system.

But cities - and the humans who inhabit and traverse them  - are increasingly surveilled in the interests of state control and control of private property. Within the city's valleys, plains and corridors we are tracked, monitored, our movements and flows through them tracked by an army of over 200,000 CCTV cameras, making London the most surveilled city on earth. In a riveting talk, Bradley Garrett, a cultural geographer and ‘space hacker’, described his ethnographic work with a collective of urban explorers who break into disused, neglected or abandoned spaces to photograph and map them. In 2012 Garrett, along with several other members of the collective, was arrested and charged with conspiracy to commit criminal damage by the British Transport Police, in response to the group’s exploration and documentation of disused London underground stations.

In both scenarios – eroding coastlines and the spiralling social and spatial complexity of cities – human beings inhabit a place of contingency, of being perched on an abyss of flux. This spirit of contingency, of not knowing what is around the corner, or having any real certainty of the meaning of the past, was explored in a talk by artist duo Cullinan Richards, whose extraordinary image illustrates this piece. The image, taken from their 2008 exhibition Girl Rider (see information below) shows an archival photograph of a horse diver, a brief spectacle fad in Atlantic City, New Jersey in the 1930s and early 1940s, wherein a horse would dive some 60 feet into water, with a young woman clad in a swimsuit clinging to its back.  We can’t see the pool of water waiting to receive them. A mining tower-like structure is our only clue to the how the horse was leveraged to its position. This image provokes a sense of vertigo as well as being an expression of intense vulnerability.

Climate change and the natural environment; social change and the urban environment – the constants in the foci of these two events are immediately apparent: change; environment. Human beings, both events show, are not particularly well adapted for environments which change quickly, moving abruptly beyond the limits of human survival; change takes away their capacities to sustain us. If the timeframe is very short, we struggle to adapt. In Waters’ climate change dialogue, he dramatised how a new language of contingency is appearing in climate discourse – of adaptation, mitigation, damage and control – in the face of the natural justice of the weather, and the hubris of human beings in having caused such a rapid alteration in our planet’s temperature.

In some ways, the culprit in both constituencies – urban and natural – is property ownership. As Waters’ piece investigates, the coast as been advancing and receding for millennia. It is only when houses are washed away, or devalued from £300,000 to zero overnight by a storm surge, that human beings find themselves vulnerable. In the city, trespass and criminal damage laws are increasingly being used to protect the interests and investment of private property. For the urban explorers arrested for photographing Aldwych station, the problem was not, as Bradley Garrett explained, that they had ventured into these places, but that they had not paid for the privilege of doing so; he showed us a page from the London Underground (a private/public consortium) website. LU charges £600 an hour for access to these spaces for photographers and £1200 for filming.

Meanwhile we have trespassed onto historically vulnernable areas of coastline, setting them and laying infrastructure only metres away from rising and turbulent oceans. Anthropology says that vulnerability begins with risk. Risk means an unknown outcome, or progression of events. You don’t have to be a girl wearing a swimsuit in Atlantic City in the 1930s, clinging to the neck of  a plummeting horse, to expose yourself to risk.

I can’t get this image out of my mind. ‘Prepare for the unavoidable, avoid the unmanageable’ – the mantra Steve Waters heard so often, in his research among people vulnerable to the effects of climate change – is an admirable encapsulation of our abilities, and their limits. Yet I can’t help but wonder if we are all that girl rider, her legs wrapped tightly around the ribcage of her plummeting mount, falling headlong, heading for water's hard embrace.

Image from Girl Rider, a 2008 exhibition by Cullinan Richards at the Warwick Art Centre, see http://www.warwickartscentre.co.uk/mead-gallery/previous-exhibitions/200...