Them and Us: animal consciousness in fiction 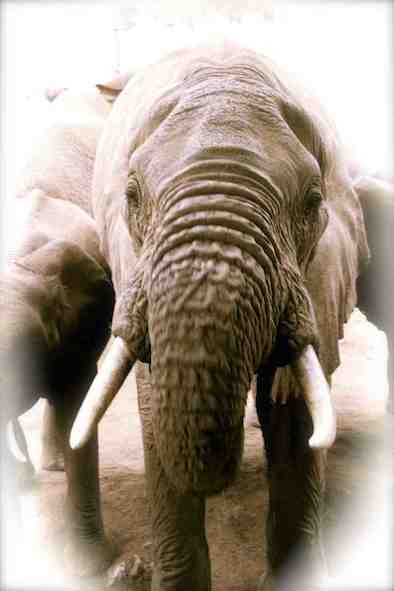 What can we know about the lives of animals? Not much, it seems, although we are trying – to parse the diction in the high-frequency calls of Orcas, to decode the complex physical language of Bonobos. Fiction has taken us closer, perhaps, to animals’ experience of existence than scientific experiments or nature documentaries. By creating animal characters and narrators, fiction has attempted to bridge the gulf between us and them.

Books narrated by animals abound in children’s literature, but are rare in adult fiction. Putting aside for the moment classics such as George Orwell’s satire Animal Farm, a quick perusal of fiction published in the last twenty years reveals Barbara Gowdy’s The White Bone, about elephant family, society and tragedy.  Dogs feature most commonly: Timbuktu by Paul Theroux; Sight Hound by Pam Houston, Lives of the Monster Dogs by Kirsten Bakis to name a few. Perhaps most famous of all novels about and narrated by animals is Richard Adams’ saga of rabbit life Watership Down. Recent fiction from Africa throws up a surprising number of animal narratives, perhaps because people and animals still live cheek by jowl on the African continent: Dog Days: An Animal Chronicle by Patrice Nganang, Memoirs of a Porcupine by Alain Mabanckou, The Book of Chameleons by Jose Eduardo Agualusa Felix Ventura of Angola. All these animal narratives divide neatly into two categories: those about domestic animals, and those who feature wild creatures as their protagonists or governing consciousnesses.

The reasons why we know so little of these creatures, both domestic and wild, with whom we have shared the earth for our entire history, are obvious: we are separated by a gulf created by language and sealed in consciousness. But by giving animals both in fiction, do writers only succeed in anthropomorphising and sentimentalising their experience? Wild animals have long inspired human consciousness and imagination. The first art made by hominids depicted wild animals; human figures were secondary to the leaping ochre arabesques of deer, bear, buffalo and wolves. But in an urbanised world human interactions with animals are increasingly stage-managed through zoos and city farms, or limited to domesticated and semi-feral animals such as urban foxes. At the same time, we encounter more and more images of animals, mostly anthropomorphised, in adverts, cartoons and films. The facebook and YouTube penchant for amusing cat videos is an expression of our appetite for a particular innocent brand of humour. In this domesticated panoply of the fluffy and human-affirming, wildness still presents most people with an unknown quantity.

We have evolved alongside animals; we share a life cycle and an existential vulnerability. Our attempt to penetrate the private worlds of animals is a quest to enlighten our own existences. Apart from mirroring our own existence, there may be a more generous instinct behind writing about animals, one balanced on the edge of pity. We feel remorse for their misfortune of being under our dominion, subject to craven crazes for egret feathers or whale oil or ivory, depending on the epoch and the culture involved. That humanity undertakes on a daily basis a vast slaughter of animals for multiple purposes can’t escape our notice. They are like us, but further down the food chain. Our awareness of our power may explain our fixation on apex predators such as sharks (on any given day you can see their gummy pink teeth in at least one nature TV programme), which provide us with a frisson of our own prehistoric vulnerability.

But also, the human ego seeks a mirror. Of the novels I have listed, very few are convincingly animalistic in their consciousnesses (Gowdy’s elephant narrator, Mud, is the exception). Most aim to deliver a human allegory through the filter of a non-human narrator. Perhaps this is because in animals we have an image, altered but still recognisable, of ourselves. We focus most on the animals that most affirm the ‘human’ qualities we hold dear (primates for their sociability, elephants for their intelligence, birds for their largely monogamous behaviour). We also value animals where recognition is mutual: dogs study our faces and follow our eye movements, and cats, with their steely determination to communicate something (usually 'give me tunafish') really do seem to ‘speak’ to us. But despite the epidemic of YouTube cat videos, it’s not clear if as a species we have yet moved beyond the behaviourism posed by BF Skinner and others – that animals are mere biological automata, nothing more than ganglia of stimulus and response.

In many of these novels I have listed, the narrative drama is one of ventriloquism – of creating a believable ‘voice’ for an animal, and in the writer’s ingenuity in accessing a consciousness sealed off rom our own. The complexity of narration is one of the hallmarks of literary fiction, an often contested category. Literary novels very often have a conceit or drama encoded in the narration. But can novels narrated by non-human beings ever be naturalistic? An American literary critic, Brian Richardson, posits that animal narrators can never be naturalistic: ‘anti-representational works to be conceived as a supplement and foil to the traditional poetics based on mimetic and “natural” narratives’, he writes in his study of narration, Unnatural Voices: extreme narration in modern and contemporary fiction. Even if the anti-realism of the animal narrator prevents us from fully believing that an animal really is speaking, let alone writing the book, we are still involved in an empathy project with these narratives, which are an investigation of what separates and binds us to animals; how our lives and the lives of animals may well be identical in essence.

JM Coetzee has written compellingly about animals and their welfare in both his fiction and non-fiction. In his ‘The Poets and the Animals’ his fictional alter-ego Elizabeth Costello posits that humans can come to understand or ‘think their way into’ the nature of animals through poetic imagination. As examples, she cites Rilke's ‘The Panther’ and Ted Hughes' ‘The Jaguar’. But even a thinker of Coetzee’s stern refinement cannot offer a bridge across the language gulf. There are plenty of people who think they can communicate with their cats and dogs, and they may be right. The problem is, there is no way to prove it. As Wittgenstein put it: ‘If a lion could speak, we would not be able to understand it.’

Lions do speak. I have heard them speak many times, usually at night and often only a few metres away from where I sleep in a tent (and sometimes without the tent). Vulnerability makes you very alert to what other species might be saying. One night while sleeping with only a bedroll in Namibia I heard them about 3 kilometres away (a lion’s call carries for 8km) – far enough away not to worry immediately but close enough to listen hard to the nearly indescribable sound that saws its way through your heart.

The lion’s roar has a unique effect on the human body. It peals through your guts, hitting a secretive organ somewhere near your centre that you perhaps didn’t know you possessed. With good reason - it is the sound of the apex predator, an animal which, were you to stumble across it at twilight, night or dawn, would almost certainly kill you. But between themselves there was a plea, too, inside the sawdust and fire of their roar. It was not a carnivorous consuming sound but strangely supplicant. Are you there? They were saying, calling for the other. Yes I’m here. The lions moved away. My ear listened, straining through the implacable black night, but they were gone.  Their call took up a splintered space inside me like the other slashes of perception that ripped through there – sunset, sunrise, the wind, the chocolate  earth, the olive green of the desert after rain.

I’ve become an animal watcher. It helps that I sometimes spend long periods in the African bush, where I have the privilege of being ignored by wild animals as they go about their usual lives. Elephant are the most compelling wild animals to watch, because their communication methods and even decision-making process is visible, to an extent. Other sociable animals which reward observation in their play, kinship structure, strategies of predation and sheer curiosity include hyena and meerkat. I am trying to find a way to write about animals – about watching, tracking, and other forms of benign stalking – without leaning on a human view of the world for support. It might not be possible; as Wittgenstein says, there is no language between us, and even if there were, would I be accurate and faithful to the animal’s consciousness, and how would I ever know?

I feel myself ebbing away from the world of the human in those blaring dust hours in a vehicle or on foot in the bush. I focus on what I can absorb of an animal’s state of mind, the energy they cast around them, the small coded cues such as the cobra sway of a leopard’s tail (a side to side movement is a sign of impatience, aggression), or the see-saw alternating flap of the ears that signal a bull elephant in musth (bulls not in musth flap their ears at the same time). I try not to compare ‘us’ and ‘them’, focussing only on the more human activities of communication and cooperation, to see them for what they are and put aside the voracious human gaze which seeks to find itself returned in all mirrors. But it’s impossible not to take pleasure in the way meerkats or vervet monkeys cooperate to warn each other of an incoming snake or leopard, or the way they nuzzle their young, or watch their alert, contemplative faces.

Perhaps the life of the animal within the human and the human within the animal particularly excites split consciousness of the writer, who is simultaneously the character he or she creates, its creator, and its judge. We are ourselves half and half: half us and someone else, half here and half ‘there’. What is certain is we can only see animals through our own eyes. Of their mirror view of us, we have no intelligence.