Signs of the City - Psychogeography in literature 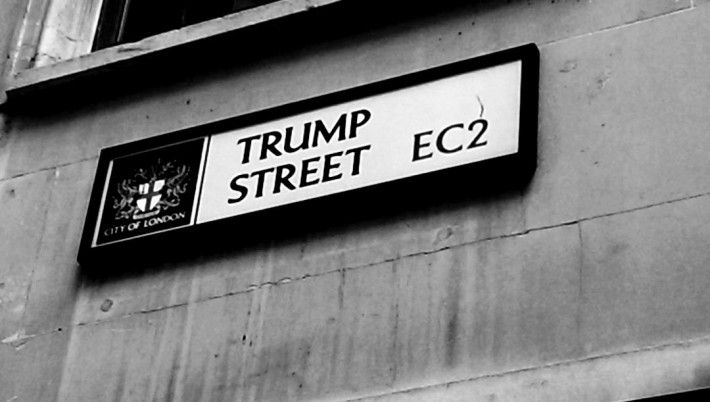 I’m about to teach a class on psychogeography for my new Masters course at the University of East Anglia. At least that’s the term I’ve used for what is an excuse to examine several category-less works of non-fiction I admire: The Book of Disquiet by Fernando Pessoa, ‘The Anthropology of Water’ (from Plainwater) by Anne Carson, A Field Guide to Getting Lost by Rebecca Solnit and Lights Out For the Territory by the peerless Iain Sinclair.

But what is psychogeography? As a literary category I’m not sure it holds water (although water, as it turns out, is a recurring motif in all these texts). The term has its origin in contemporary art. French critic Guy Debord is often credited as its progenitor. A founding member of the Situationist movement, an international group of visual artists and writers who questioned the barriers, aesthetic, philosophical and physical, between high culture and everyday life, Debord’s concept harkened back to the poetry of Charles Baudelaire and its celebration of the flâneur -  the (usually urban) walker, explorer and thinker.

As the word suggests, psychogeography is about the way we relate to space, both how we construct it and also how space constructs us. The mutuality of the psyche and space is perhaps most densely felt in cities, particularly old cities like London and Paris, where layers of history are appreciable, but even when they are not we intuit the charge of past deeds and events which have imprinted themselves on the city’s consciousness as much as on its physical structures.

Given that the layers of human habitation are thickest in cities, the project of psychogeography is to peel these away and reveal what is hidden, and what lies between the fissures of history. Reverie, dream and reclamation are paired with the oldest form of human pilgrimage – walking – to investigate the interweaving of the self and space.

Of all the writers we will look at in class, Sinclair is the most verbally acrobatic and perceptive of the secret lives of cities. His journeys in Lights Out For the Territory take place mainly in a very old precinct of London, Hackney, (which happens to be where I live). His perambulations are described in prose often closer to an abstract poem:

‘Dalston Town Centre… has all the buzz of a JG Ballard traffic island squatted by cowboys.’; ‘The qaudrivium, or meeting place of four roads, is the spiritual centre of the area through which we are walking; it’s where suicides and vampires would receive their toothpick through the heart.’ The bizarre and the banal coexist in the signage and graffiti Sinclair collects from the area, (choice example: WE’RE BEHAVING LIKE INSECTS), and which he terms ‘the trumpeting exotica in the encyclopaedia of the city.’

In his review of Lights Out for the New York Times by poet, translator and critic Michael Hoffman lives up to his formidable reputation as a debunker, in which he waggishly terms Sinclair’s prose style a ‘noir version of Hello! magazine.’ Yet he admires the way Sinclair is able to completely re-make the urban environment via language, his gift for seeing and for drawing rambling, dissociative connections through the errant precision of his language. You can't help but cheer Sinclair’s curmudgeonly resistance to London’s slavish role in the themeparkisation of the heritage industry and Brand Britain. Sinclair is a repossession man, excavating the quotidian and banal, finding more evidence of the city’s heart in a narrow mews in Hackney than in a Royal wedding or a West End premiere.

Rendering the invisible visible is a political act. Psychogeography is not unlike reportage; it as an uncovering, a making the invisible visible through connections, patterns and metaphor. But where is the story? This is what makes the mode challenging, for many readers. The story is the journey, of course – whether Sinclair's elliptical pilgrimages or the more deliberate routes charted by Solnit and Carson. What they all have in common is that the story is found when writers step off the intended path, and allow themselves to drift.

The mistaken turn, the unintended deviation, is less likely in an era when we no longer carry maps with us, either in our heads (how many of us can navigate by the stars?) or in physical form. Instead we rely upon GPS and our Samsung Galaxies to work out the most efficient ways of moving through space, particularly the city. Every restaurant, business and amenity is available on Google Maps. There are no more unplanned journeys, surprises, or opportunities for the kind of drifting that Sinclair and photographer and accompanier Marc Atkins had, back in the grim but authentic 1990s.

Writing about space and our place in it as humans has never been more urgent. In metropolises particularly, we are surveilled from the moment we leave our homes until we arrive at our destinations, herded through both conscious and covert means into patterns of sociality, condemned to obey rules visible and invisible which govern our movements and behaviour. At the same time the pre-New Labour London Sinclair charted in his ingenious, dotty cant is unbraided if not gone, smoothed into a seamless narrative of concrete and steel, of Costas and Jamie’s Italian and All Bar Ones.

Once such sanitised streets are on the scene it is impossible to reclaim their essence without resorting to nostalgia. Many cities have benefitted from gentrification and its consequences – certainly it’s a lot safer now to cross London Fields at night, say, than it was twenty years ago. And my London largely looks the same, at ground level – the same council flats lit like ocean liners sailing through the night, the mournful windows of Georgian terraces, sudden green trapezoids – parks, squares, tiny Commons – in the middle of hectic density. The idiosyncrasy charted by Sinclair has definitely succumbed to discontinuity, but at least we have his ingenious, subversive accounts of the city as it used to be.