Questions of Travel: the work of Norman Lewis 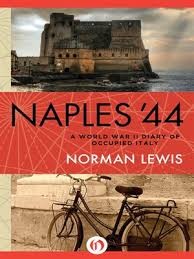 Think of the long trip home.

Should we have stayed at home and thought of here?

Travel writing is a versatile genre, encompassing works by Herodotus and Marco Polo, the raw endeavour of Ernest Shackleton’s South and the fictional flourishes of Bruce Chatwin’s Songlines. As a narrative form travel writing has borrowed freely from sociology, ethnography, memoir, the literature of expedition and exploration and fiction.

But lately travel writing has fallen off the map. Narrative non-fiction has moved on, morphing far more radically in the last decade than fiction, for example. And in the last thirty years postcolonial and development studies have played their part in stripping travel writing of any legitimacy it might have possessed, exposing it as often a cosy mouthpiece for colonialist assumptions, an appropriation of the exotica of the periphery to feed the insatiable hegemony of the metropolitan consciousness.

Travel writing had its heyday in the 50-year period between post-war reconstruction and the dawn of the era of terrorism. It came of age largely thanks to Edwardians (Wilfred Thieseger, Sybille Bedford) or latter-day grandees such as William Darymple who had the capital, both monetary and personal, to travel in an age when few English people ventured abroad. Now that anyone can pitch up in the remote plateaux of Papua New Guinea, everyone is an international flaneur. The poet Elizabeth Bishop’s plaintive question which opens this article points to a conundrum of modern travel writing – should it exist in an era where everywhere on the planet (with the exception of the deep ocean) is discoverable, where you can look down a street on the other side of the world on Google Earth? Never mind the fact that each flight to Bucharest or Barbados burns a hole through the planet’s atmosphere, depositing tonnes of the carbon dioxide fuelling global warming.

The ambivalent self-questioning in Bishop’s poem is echoed by the work of the great writer Norman Lewis, who died in 2003 but whose work continues to resonate after his death. I have read much of Lewis’ prodigious output and  before his death would on occasion run into him, a sage and quiet presence, at literary festivals. In recent weeks his name and work has popped up, unanticipated, in conversation and I have found myself reaching for his works on my bookshelf once again.

Lewis, an Englishman who went abroad and found his subject in places as varied as French Indochina, Guatemala and Sicily, is one of those writers whose name, when mentioned in conversation with other writers and readers, signals an immediate affinity. We who know and revere Lewis’ work are bound still by the subtle, searching spell he cast, during a half-century of writing.

Born in Enfield, north London, in 1908, Lewis died in Essex nearly a century later, birdwatching and tending to his beloved lilies. In between an unusual life, for a young boy who grew up being bullied by his peers in suburban London, was lived – the kind of life many writers aspire to but are barred from, by lack of talent or vision, or by history.

It was Lewis’ great fortune to be participant in and witness to the chaos and conflict of the Second World War, an accident of history which gave him the experiences that would result in his best-known works. Three years in the Intelligence Corps in North Africa and Italy from 1942 to 1945 inspired his masterful witness report to the fall of Naples in the final months of the Second World War, Naples ’44 (1978). His marriage to a Sicilian gave him access and insight into the criminal culture of the island, resulting in his study of mafia conspiracy, The Honoured Society (1964).

Lewis also wrote thirteen novels, but it is his non-fiction which has endured. One of the main challenges in writing a work of creative non-fiction, including travel writing, is to find a congruent voice for the narrator-self. It is this voice which will be the reader’s chaperone , proxy and guide in the journey. Here is a passage from the oft-quoted opening pages Lewis’ A Dragon Apparent (1951), an account of his travels in Cambodia, Laos and Vietnam:

On the morning of the fourth day the dawn light daubed our faces  as we came down the skies of Cochin-China. The passengers were squirming in their seats, not sleeping and not waking, and the air hostess’ trained smile came stiffly. With engines throttled back the plane dropped from sur-alpine heights in a tremorless glide, settling in the new, morning air of the plains like a dragonfly on the surface of a calm lake.

This is quintessential Lewis: patient, observant, fleetingly wry, employing odd but pleasing diction (‘sur-alpine’) and sparse, elegant simile (the dragonfly). Lewis’ voice is instantly recogniseable yet difficult to define. It is seamless in tone, eschewing overheated description and overreaching, yet somehow managing to penetrate with its urgency. At times it glimmers with metaphysical suggestion. Lewis’ parents were spiritualists who practiced mediumship; his father hoped that Norman might grow up to follow the family tradition. This biographical detail might offer a clue to Lewis’ special appeal. For Lewis, the surface reality of life – the shape of a lorry, the light falling on a lake at sunset – is a kind of decoy for a greater truth. His prose excavates, elegantly yet relentlessly, for the pattern and intention beneath the surface of reality. Also, he failed to fall prey to the tendency for the astute observer to be emotionally absent, a detached judicious observer. His biographer Julian Evans, writing Lewis’ obituary for the Guardian, said: ‘His taste for happiness - what he called "the intense joy I derive from being alive" - was not blithe, but his deliberate weapon against rejection, boredom, stupidity and routine.’

Lewis’s narrating alter ego is alert and astute, yet he is also at pains to smooth out the gap between happenstance and knowledge on the part of the reader, plastering over fractures in one’s command of the social structure and elaborate ceremonies of the tribal Moi of Laos, for example. In his elegant descriptions and his commanding panoramas one has the illusion of a complete perception and awareness: if only life could be experienced thus, we think as we read, with such uncanny alacrity fuelled by Lewis’ command of history. As with so many seemingly exotic accounts of travel, this alluring synthesis is only woven in retrospect, writing at a rainy desk in Finchley or Ilford. Lewis toiled for decades on many of his books, writing up notes, researching and synthesizing his narrative. Others, such as The Missionaries (1989), his account of the devastation wreaked by evangelists on several indigenous peoples of South America, were quickly forged as a result of journalistic assignments.

As it is a non-fiction form, travel writing has been subject to the same evolution as other genres of what is now more commonly referred to as ‘creative non-fiction’: memoir, popular science and history among them, as well as new amalgams of genres, or ‘hybrid’ books: memoir-popular science; medical- autobiography, sociology-reportage. What has changed is the quantity of self allowed. Now, a more reflective self in flux, inflected by events, is the vogue: a revealing, disclosing, dramatic narrator-self populates much of non-fiction. On this count, Lewis’ work is outmoded. Lewis is present in his books, but as a self perplexed and even effaced by events.

His diaphanous, searching prose could only be written by someone unconvinced of his own reality. The quintessential ordinary man – Lewis always argued he was the only person he know who could enter a room full of people and leave it, hours later, without anyone realising he was there – is good cover for a writer, a being whose task, as Alain Robbe-Grillet has said, is with ‘observation and a constant concern with frankness’. Lewis’ muted, elegant prose might have found few champions in the present publishing environment. Yet he was revered by writers. Graham Greene said ‘I have no hesitation in calling him one of the best writers, not of any particular decade, but of our century".

Every writer must find their territory. What is true is that Lewis’ lay beyond the shores of England. He was enlivened by what he called his ‘evasions’ of English life; beyond its consoling borders his eye and intellect were revived. His work is an embodiment of the fact that writers who travel do not by definition produce ‘travel writing’, and Lewis is in some ways an anti-travel writer. He never travelled, strictly speaking – he went to stay, transported to distant realities via his relationships and his work.

Another way in which he does not fit the mold is technical in nature. In travel writing the journey provides the narrative arc – the ‘I came, I saw, I went’ approach – yet in Lewis’ work he is only tangentially relying on this ready-packaged story. His relationship to travel itself is contradictory; he is not making the unfamiliar appreciable or to serve as a proxy envoy for the armchair-bound reader to distant and threatening realities. Lewis was in search of something greater: for the pattern of intention behind reality. The mereness of things and the incidental choreography of event were not enough. The lack fuels the restlessness of the writer who seeks not to travel – as in ‘travel writer’ – but to venture out into the world for further evidence that there is more to experience than the accident of happenstance.