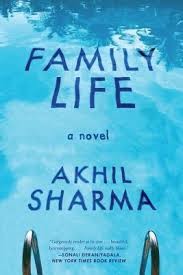 Fiction is a restless form, in spite of a publishing industry which often just wants more of whatever sold well last year. Its innovation is located not only in the intellectual ambitions of its writers, but in history.

What is experimental fiction? My scratch-card definition is fiction that forgets it is supposed to be fiction. Which does not behave as expected, or play by the rules. It is often driven by philosophical enquiry, rather than an individual author’s caprice or exhaustion with convention. The first rebellion of experimental fiction is usually against story – or its more elaborate term, narrative – and specifically what a story should be.  By refuting the tenets of story, experimental fiction questions fiction’s usual cosy pact with reality.

Experimentalism can be precious and pretentious. But usually it isn’t. Rather it is fired by a genuine instinct for exploration and a disillusionment with existing forms.  Experimentalism is what drives innovation in all art forms. The novel is slower to respond, historically, possibly because no-one expects experimental novels to make money. But this has the effect of making it the last bulwark against commodification, before it too is co-opted into the relentless vortex of the consumer economy.

Almost every writer I know, including myself, has at some point in their writing lives felt an exhaustion with fiction, as readers as much as writers. A friend of mine recounted, ‘I stopped reading novels and stories for awhile. I would read the first line – say, “for the fifth time in as many years, Señora Garay had to visit the doctor.” And I’d think, no she didn’t, and she doesn’t exist, and who cares?’

The kind of parcels of explanation found in my friend’s made-up sentence, and which fiction in its more conventional forms relies upon to convey meaning, ceases to lose its sway over us, I think, at times of personal disillusionment or crisis. As for the novel, it needs to be constantly re-interpreted and moved on, and this often happens in epochs of similar cultural disenchantment.

In one such period, the early 1960s, the great French literary theorist and novelist Alain Robbe-Grillet accused the extant ‘Bourgeois’ novel of trading on ‘false glamour’; of having ‘domesticating’ instincts, peddling ‘the romantic’ and installing a ‘tyranny of meanings.’ Since then a certain cultural anxiety has prevailed about the novel’s utility and authenticity. It might be outmoded. We struggle with a belatedness; if only postmodernism hadn’t happened, and technology hadn’t developed so fast, the novel would still have currency.

Meanwhile, in the UK at least, the story machine grinds away, delivering novels powered by events and sealed in neat containers of meaning. Elsewhere meanwhile, the form has moved on. It is interesting to note how many of the innovators have written in languages other than English: Jorge Luis Borges, Georges Perec, Italo Calvino and WG Sebald, to name but a few. Why does Anglo-Saxon culture cling so tenaciously to the story in its traditional form; are we less radical, less experimental, easily assuaged? Of course, there is no cultural consensus of reading. But by filtering what is published, agents, publishers, directors of creative writing progammes (such as myself) and even writers themselves don’t only sense which way the wind is blowing – they are the wind. For innovation to happen, history has to be diverted from its favoured path of least resistance.

In step the prizes to save the day. Money and prizes are a tried and tested salve to create legitimacy around a particular artistic practice, although I often wish this could be enacted on the meek basis of mere enthusiasm. But, like taxes, we have to accept that life with them is better than life without them.

Two days ago Indian-American writer Akhil Sharma was awarded one of the most lucrative and prestigious prizes for literary fiction. The Folio Prize, offered by the Folio Society, is open to writers from any country and establishes a shortlist of eight books each year, from which it selects a winner of the £40,000 prize. In 2014, its inaugural year, the revered American writer George Saunders won for his collection of short stories Tenth of December.

Although the Folio Prize does not explicitly reward experimental fiction, it has become a byword for uncompromising literary fiction, as opposed to the more commercially-minded Booker Prize. On this year’s shortlist were Rachel Cusk’s Outline, Ali Smith’s How to be Both, Ben Lerner’s 10:04, Jenny Offill’s Dept. of Speculation, Miriam Toews’ All My Puny Sorrows, Yvonne Adhiambo Owuor’s debut Dust, Colm Tóibín’s Nora Webster and Sharma’s Family Life.

Another relatively new venture, The Goldsmith’s Prize, was established in 2013 to ‘celebrate the qualities of creative daring associated with the University and to reward fiction that breaks the mould or opens up new possibilities for the novel form.’ In 2014 Smith’s How to Be Both won the inaugural prize of £10,000.

As Zadie Smith writes in ‘Two Paths for the Novel,’ an extended essay published in 2008 in the New York Review of Books, ‘all novels attempt to cut neural routes through the brain, to convince us that down this road the true future of the novel lies. In healthy times, we cut multiple roads, allowing for the possibility of a Jean Genet as surely as a Graham Greene.’ Smith writes that a ‘breed of lyrical realism’ is the dominant fictional mode of our age. Such novels peddle a reality whose fabric is one of authenticity, of feeling, of naturalness. The problem is that we know too much, now. Clichés can be seen three miles away in a fog. We are wily, over-educated readers, stupefied on the constant elixir of visual stimulation.

In Joseph O’Neill’s novel Netherland, one of the twin poles Smith conducts her essay around (the other is Tom McCarthy’s Remainder) ‘only one’s own subjectivity is really authentic.’ Perhaps the world is so manufactured, so translated, that its subjectivity has become neutralised, boxed and wrapped into consumable parts. In McCarthy’s novel, we have an unnamed protagonist – often the first stab of rebellion against the naturalistic novel, to have a character or characters without names. Remainder, Smith writes, knows the things we expect of a novel, and deliberately withholds them.

In contrast to Netherland’s timorous search for authenticity, Smith argues, Remainder recognises that everything is completely inauthentic. Its protagonist is compelled to re-enact pointless actions, to do things, over and over again. It’s a discomfiting read. McCarthy is suggesting, surely, that this is our lives: meaningless gestures and activities, performed over and over again, ad infinitum. No-one wants to be told their life is inauthentic and meaningless, and that is where the salve – or sop – of story comes in. Remainder’s protagonist is engaged in a full-scale revolt against the banality of story and the inevitability of circumstance, two of the favourite foods of the realist novel.

Novels which play by the rules suggest, in a kind of psychic transference, that we are living a story. There is a trajectory with a beginning, middle and an end. Between these staging posts, meaning accretes. It is a nice little package to console us later, in oblivion. But as Folio Prize winner Sharma notes in his illuminating New Yorker piece on his struggle to find a plot that wouls sustain his semi-autobiographical novel, ‘Real life is plotless, but the experience of reading books that replicate this can be irritating.’

Perhaps, as Zadie Smith argues, language ‘will always carry the trace of the real.’ Fiction is built from language, and language is inherently difficult. It doesn’t always deliver meaning on a plate. In this way it represents lived experience – life – very accurately. As a character in O’Neill’s Netherland says, ‘People want a story…they like a story.’ The novel will always be a fake, a fraud. There is always the possibility of standing back from it as you are reading and avowing: this never happened; these people don’t exist.

But yet they do, by entering your consciousness, and mutating effortlessly into the fabric of experience of the reader’s mind. There they lurk, small Trojan horses of tolerance or confusion, exploding the chemistry by which we think and feel. So to signal the novel’s fakery is not really the point. It is fake, and so are we, says postmodernism. There is no Republic of the Real. Once we accept that we can start to enjoy reading again.