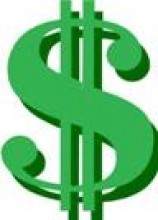 ‘Ok people! Take out your paper and pens,’ Stephanie calls. ‘What are you going to do to change your lives? Do you want to be in the same place you are in five years’ time. No! First I want you to make a list of the negative consequences of not doing anything to change your life!’

‘Now where do you see yourself in five years’ time?’ she exhorts. ‘Make a list!’

I have a feeling number 4 should be: the author of a million-copy bestseller, but I’ve never been much good at self-actualisation.

When my friend Phyllida, who is a Mind, Body, Spirit author, asked me if I’d like to attend the Millionaire Boot Camp for Authors, a tangle of conflicting images unfurled in my mind: tanned playboys and bedraggled authors, all rising at 4.45am to do pushups.

Instead I find myself in the cavernous underground conference centre of the Millennium hotel in Gloucester Road, along with 400 other people. As we enter the room, people dressed in black with badges that announce them as ‘Crew’ thrust invitations to become one of the ‘inner circle’; ‘Moves like Mick Jagger’ pumps from speakers.

‘I hadn’t expected it to be so – American,’ says Phyllida, as we take our seats.

Phyllida and I are both published authors. I’m here to find out more about online publishing, both from the perspective of an author and publisher. My friend and colleague Julia Bell and I are in the process of setting up a small digital publishing house, and I also want to know how to go about digitising my backlist to make out of print books readily available.

Online publishing, self-publishing, digital publishing – it goes by many names. But it’s not simple. This new technology and the associated platforms that have sprung up to support it present the initiate with a digital jungle to be hacked through. There’s more than one say to produce an e-book (Kindle, say) and it’s important to find the right one.

The Millionaire Boot Camp is the initiative of Stephanie Hale, a publishing consultant who graduated from UEA’s Creative Writing degree – the same degree I teach on. On stage now in an optimistically summery dress, miked up with one of those rockstar microphones that wrap round the head, Stephanie tells us her story:

‘I got an agent, wrote a novel, and published it. Then – nothing. Nothing happened. It was very anticlimactic. But I was committed to being a writer, so I wrote another novel, and a couple of years later published that too.’ She pauses for effect. ‘Again, nothing. It was a non-event.’

Stephanie tells us that hers represents the experience of 97% of writers. She then shows us dire statistics about the median income of authors in the UK. Most earn well below the minimum wage. An average advance for a book these days is £5,000. ‘That’s 5,000 for two or three years’ work,’ she reminds us. Stephanie’s statistics are reliable, based on a study by the UK Society of Authors and corroborated by other industry studies.

‘What about the other 3%?’ Stephanie asks – a rhetorical question. We know who they are: JK Rowling, Stephen King, Terry Pratchett, plus a bevy of writers of get rich, diet, change-yer-life and esoteric think-positive hucksters. It seems that the depression-era globalisation that is driving a widening wedge between the haves and the have-nots in society at large is having a similar effect in publishing – a tiny percentage of the rich take all the spoils. It’s the tiny percentage that preoccupies Stephanie, and most people in the room today.

The 400-strong audience responds as if one: ‘three percent!’

Phyllida turns to me. ‘I’m beginning to think I’m in the wrong place.’

Stephanie’s life was turned around by a series of events, not all of them happy. With her back against the wall, she decided to have a go at writing an entirely different kind of book. Millionaire Women, Millionaire You was published in 2010.

‘How different it was.’ She shows us bullet point style on Powerpoint: BBC Breakfast, Richard and Judy, WH Smith, sales, sales, sales.  Now Stephanie works as a publishing consultant, helping other writers to refine their ideas, put them into action, get agents and publishers.

Anyone who has worked as an acquisitions editor in trade fiction publishing, as I have, knows that there is a vast number of aspiring authors desperate to be published. Creative writing degrees and a sub-market of books on how to maximise your chances of publishing have long catered to this desire.

But then along came Amazon, and the Kindle. The digital revolution in publishing really is just that: a paradigm shift. For the first time since Johannes Gutenberg invented the printing press in 1440, the means of producing and distributing a book are no longer exclusively in publishers’ hands.

This revolution seems to have sparked a hybrid creature, of which Millionaire Boot Camp is a diamond-sparkling example: the self-help/self-publishing motivational seminar, attracting hundreds of aspirant authors who have all paid £37 (a reasonable sum for the information being proffered). Here is a sampling of the topics lined up over the three days:

There is a common theme, which you may have spotted, and it’s not to do with books – never mind literature – per se: Money; a close relation to the elephant in the room, who is never mentioned: greed.

Stephanie Hale strikes me as genuine; her story, her struggle all ring true. She is not a flashy or manipulative presence. She seems to have helped many people get published. Stephanie and the other speakers could easily have kept their secrets to themselves, but instead they are sharing their knowledge. Some however do the hard sell for their own business, rather than imparting any useful tips. For those we have to fork over £2000 to do one of their courses.

I know very little of this motivational ethos. No doubt these seminars do help some people turn their lives around for the better. But they also prey upon peoples’ insecurities and impossible dreams. This is why they work so well in the States, where the frankly dishonest ‘no dream is impossible’ message is shopped so relentlessly to its citizens.

In the audience I see many people who look capable, well-off and sensible, but also quite a few who are, in social-services speak, ‘vulnerable.’ Michael, for example, who starts out sitting in front of me and who migrates to the front rows during the course of the day, wants to write a book called Benefits to Abundance, a self-help book for people on benefits. After volunteering to go up on stage it’s apparent Michael might have either learning difficulties or a speech impediment. He leaves the presentation given by public speaking guru Andy Harrington with 25 free boxed sets of DVDs to resell for profit to his ‘friends and associates.’

At certain points would-be authors get up to jerk and jive to dance tunes on the stage. Many speakers use the evangelical call-and-response method: ‘What’s it going to be guys, are you in the game? Yes or no?’ belts Andy. There is a religious tinge to the fervour whipped up by the message: you can do it. You can write that bestseller and publish it on Amazon and make millions and live the life you’ve always wanted to live, instead of working in insurance (as Andy did) or stuck in your publishing handmaiden job.

I’ve never been to a Forum seminar, or heard of Anthony Robinson (who I assume an American self-help magus). But I suspect there is a big difference between the audience here today and those motivational, self-actualising seminars: everyone in this room is a writer, or wants to be. Yet there is little mention of what books offer: content. In a barnstorming and likeable performance, Andy assures us you can make a million quid at public speaking. But what are you going to speak about?

Some aspects of the seminar are effective. Stephanie does a quick crowdsourcing your title exercise. Six hopefuls take to the stage to share their possible titles with the audience. We vote on the one we like the best. Rajeev is writing The Referral Guru; another man is writing The Illuminati: Beyond and Behind (it helps if you know that the Illuminati are, in contrast to the light-filled title, a shady group of entities who run everything on earth). Our winning bestseller title on behalf of one smartly dressed participant is: Be Your own Boss with Minimal Effort.

The course has its own lexicon: ‘mentor’; ‘leverage your time’; ‘quantum leap’ are phrases heard alongside the nuts-and-bolts of success: ‘MP3 series’; ‘1-on-1 consulting’; ‘re-purposing your content’. Some speakers in the subsequent days did apparently offer good tips on how to put your book on Kindle.

But by then, I have to confess, I’d bailed out. I’m a literary fiction writer, and the Boot Camp just wasn’t my scene. I’ve disobeyed all the shibboleths put forth by the Boot Camp speakers: I’ve never written for a specific audience, or had a marketing plan, or written a ‘high concept’ novel. I’ve never touted myself as an after-dinner speaker, although I could have made money on this circuit theoretically, talking about my travels in the polar regions. Despite having published ten books with commercial publishers, I’m just not capitalising on my capital.

I leave the conference room and come up into the smoky diesel air of Gloucester Road with unfamiliar and unanswerable questions ringing in my head: Why have I never been that interested in or motivated by making money? Why do I write the kinds of books that I do, when if I’d really turned my hand to it I could have written books that sell in squillions? How difficult can it be? And where do I want to see myself in five years time? The truth is I still see myself on horseback safari. And alive, if possible.