Land of Ice and Fire – and Literature 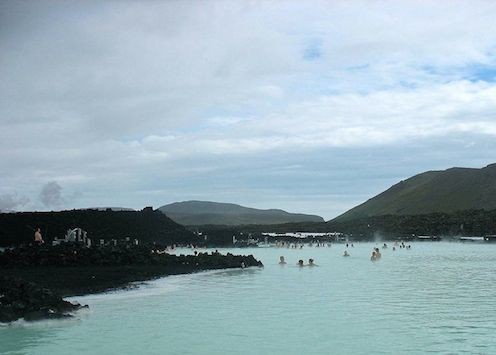 I am soon off to Iceland again, my second trip to the land of ice and fire. Iceland also happens to be ‘probably the world’s most bookish country,’ according to The Guardian. One person in ten of Iceland’s some 317,000 inhabitants can expect to publish a book in their lifetime – that’s 31,700 books, a huge output for a small country, a figure which constitutes, according to the BBC, ‘more writers, more books published and more books read, per head, than anywhere else in the world’.  Iceland’s capital Reykjavik has also been designated as a UNESCO City of Literature, only one of seven such cities in the world to be honoured by the United Nations’ cultural arm for their contribution to world literature (another is Norwich, home to the University of East Anglia, where I work).

How has this happened? Icelandic writers cite the country’s long association with sagas and myths. The Viking explorers who populated the island in the late 9th century – a relatively late settlement, in the context of European history – brought with them a literary tradition of oral storytelling. Iceland’s first five hundred years of settlement were marked by several natural disasters, including volcanic eruptions. It passed through periods of poverty and turmoil as its distant Scandinavian rulers – first Norway then Denmark – alternately neglected its colony. Hardship and long, dark winters may have fuelled the narrative hunger of the population.

Iceland’s unique landscape must be an inspiration for its literary fervor. Flying in from the UK, the conical peaks of several of its 130 volcanoes puncture the horizon. Jagged basalt fingers clutch at the sea - the products of recent lava flows. Iceland is a new nation geologically, having sprouted from the seabed of the mid-Atlantic ridge around 20 million years ago. Its treeless landscape of moss-green valleys sliced by towering glaciers is distinctly Arctic, an epic and brutal landscape of opposites. Cloudy tourmaline hotspring pools huff and bubble. Snow clutches the summits of its dark mountains while steam rises from the ground in the many vents from which Icelanders’ thermal electric power is harvested (no-one pays for heating in Iceland). It is a compelling spectacle, this cold land on fire from within.

The best-known Icelandic saga is attributed to Snorri Sturluson, a poet and historian who died in 1241 but is still a mighty figure in Icelandic literature. He is believed to be the author of the best-known of the sagas, the Prose Edda, an unrelenting chronicle of gods, mortals, death, battle and hardship based on the Norse myth pantheon of deities and their human and animal consorts. Remarkably well preserved medieval print versions of Snorri’s poetry and prose Eddas can be viewed at Reyjkavik’s Culture House today. Also, Icelandic is one of the world’s smallest linguistic groups and the language has remained largely unchanged since the 9th century, and contemporary Icelanders can read the Edda’s medieval texts with ease (see http://bokmenntaborgin.is/en/ten-things-to-know-about-the-literary-city/...)

(Loki, the Norse god of Mischief, from a manuscript on display in the House of Culture in Reykjavik)

Snorri’s sagas were written with ink made from crowberries and bilberries and printed on calfskin, but Iceland has taken its literary heritage into the digital age. As well as the usual museums and monuments, such as the house of  writer Hálldor Laxness, Iceland’s Nobel laureate, it has turned park benches and plaques in Reykjavik’s international airport into sites of literary interest. Visitors can listen to readings from Icelandic literature by scanning a QR-code, placed on fourteen Reykjavik benches (with readings in English and Icelandic; see: http://bokmenntaborgin.is/en/walking-trailsliterary-landmarks/#sthash.q4...)

For such a small country on Europe’s margins, Iceland’s has made a lasting impression, especially in its cultural output. Apart from Laxness’ extraordinary body of work, which encompasses novels, poetry, plays and six volumes of memoirs, the country has exported avant garde music successes such as Bjork and Sigur Rós as well as superstar visual artist Olafur Eliassen. Icleand’s standard of living and relative socio-economic equality (it frequently tops the Organisation of Economic Cooperation and Development, or OECD, Life Satisfaction indices, and outperforms the UK on almost every index) has a role to play certainly, as perhaps does its small, relatively homogenous population which maintains a secure vision of its cultural history and identity.

Remote island nations (think of New Zealand, the Falkland Islands, the Cape Verde archipelago) are charged with making an effort to define themselves in the face of the metropolitan world’s indifference to their existence. But also, such places, sealed from the larger currents of history by geography, are in a position to defend and patrol the boundaries of their identity – a situation that can lead to conservativism, staidness and mediocrity as much as brilliant self-expression. In Icleland’s case its artists seem to be committed to experimentation more than insularity, and this is in part what makes it such a compelling anomaly. Certainly if you want to write and publish a book, there is no better place to be.