Because the Night – orders and disorders of the dark 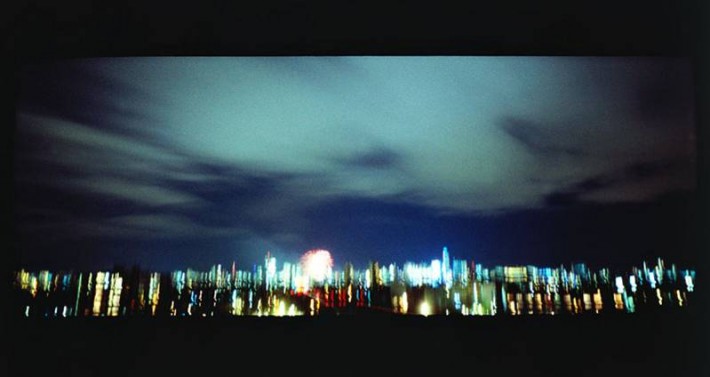 It is late November in London. The sun rises at around 7.20am and sets around 4pm, giving those of us who live on the latitude 52.15 degrees North just over eight and a half hours of light each day. It is the time of year you struggle to remain awake after 6pm at night, which feels like 10pm, and to get out of bed into another murky, light-less morning.

The time of year when you wonder, perhaps, what is night? Does it refer to the hours claimed by darkness? Taking this definition, then four p.m. in the afternoon qualifies at night, technically, at least during these submarine months in the UK. Does night refer as much as to the hours of sleep as to hours forsaken by the sun? Could it be a culturally-conditioned state as much as one governed by the spinning of the planet?

I first wondered about this ten years ago, when for the first time in my life night neglected to arrive. Over the last decade I have spent long periods of time in the polar regions. In trips to the  Arctic and the Antarctic I have lived without might for months on end and once, in the Antarctic, witnessed the uncanny speed at which winter darkness pounced. On a scientific base located two-thirds of the way down the Antarctic peninsula, at one point in late March we were losing nearly an hour of light each day. Night time has curious effects on the body. The speed of the arriving darkness caused my body to go haywire – hair and nails stopped growing, and, while in the summers I never succumbed to the infamous ‘Big Eye’, or polar insomnia sparked by 24 hour daylight, I began to have terrible problems sleeping in the onset of the Antarctic winter.

A lifetime in the temperate zones accustoms the body to certain expectations of day and night, which we internalise to the extent we hardly notice them.  But the duet between diurnal and nocturnal experience does not affect only circadian rhythms. Laws, societal norms and behaviour patterns change according to the natural revolution of the earth. And increasingly, our behaviour at night is being monitored and curtailed.

This is the subject of a thought-provoking recent Guardian article by Bradley L Garrett, a cultural geographer, explorer, activist and author of Explore Everything: Place-Hacking in the City.  In his article ‘Cities at night: why our right to use public spaces after dark is under threat’, Garrett outlines a trend in restricting and criminalising night-time behavior, both in the UK and abroad.

Garrett quotes geographer Tim Edensor, who has written that after-dark hours have long provided for ‘transgression, fantasy and experimentation’, particularly in cities. But, as Garrett outlines, an increasing number of governments – municipal and local – are making use of curfew laws. Ostensibly these are invoked to limit and control crime and anti-social behavior. But ‘Curfews, by closing access to space, prevent us from staking a political claim in the public realm after dark,’ Garrett writes, adding that ‘The willful violation of curfews, such as in Tahrir Square in 2011, when protesters ignored a curfew imposed by Hosni Mubarak, can be a powerful political statement.’

Is it true that we need to be protected more at night? An American study of 25 major US cities compared crime rates throughout the day and night and found a near-universal dip in crimes between 3-5 a.m, when, it would seem, even the bad guys are asleep. Otherwise, criminal activity was shown to be evenly spread between the hours of day and night. In London, statistics suggest a spike in violent crimes on Friday and Saturday nights, but these are prime alcohol consuming times in our culture; its influence likely trumps darkness as a causal factor.

‘Assuming that space becomes unsafe at night, however, is a self-fulfilling prophecy,’ Garrett notes. What if night, rather than a realm of threat, becomes a dimension in which various peoples can gather for constructive social purpose, its aura of danger is thrown off? It is the cultural values which accumulate around the hours of darkness, rather than their mystique, which creates their innate character, and our behavior within them.

The title of this piece, ‘Because the night’, is a reference to one of Patti Smith’s best-known songs, recorded by Smith and Bruce Springsteen. It is an incandescent, rebellious love song; a verse from it states: ‘They can't touch you now/Can't touch you now, can't touch you now/Because the night belongs to lovers.’ The ‘they’ in the song is undeclared, but it elicits the notion of a neoliberal dogma which is hardening around citizen access and participation, restricting it increasingly in the name of property and security. ‘The notion that conflict between strangers in cities can be legislated away through curfews, closures and lockouts is naive at best and undemocratic at worst – only totalitarian cities can be frictionless and under those cities, far more violent discontent simmers,’ Garrett writes.

My time in the polar regions has made me a time boffin, transfixed by the language of the precise calculation of day and night – sidereal time, procession, Mean Solar Days – as much as the numbers. In London I sometimes consult a gripping website, The World Clock, which calculates not only timezones around the world but sundown and sunup times across the planet, projecting them into the future, as well as other compelling details such as the astrological, nautical and civil twilights for each day. I can tell you that in London the next day when sunset will happen after six p.m in the afternoon will be March 12, 2016. In the meantime, we will have to put up with darkness.

As I learned in the Antarctic, night is both cover and exposure. In the wild, there are definite dangers to moving around at night as a human being (mainly that many predators are nocturnal and see better in the dark than we do). But night also provides succour, a cloaking, contemplative dimension. We might feel released as it melts away over the curvature of the earth or we might feel fatally exposed.

In the Antarctic I realised that night is a dimension, an occult time of regroup and repair; necessary, perhaps, in order to face the scrutiny of day. Unceasing daylight might fray our edges to shredded jute. Also that night has an air of past tense to it: night is as much the realm of memory as of protection and concealment. My months under the ellipsis polar sun, unbroken by night, in retrospect feel like one long day. We lived in a sunlit present tense. With its return, night brought back the past, but the future also. Night is only what has to fall so that day can begin once more.