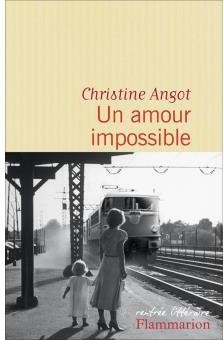 ‘There is no real life. It’s always the story of your life that you’re living.”

Since the mid 1990s, literature has undergone a redistribution of the relationship between the self and fiction. Autoficción is a new class of memoir-like, autobiographical and metafictional novels which has developed alongside a reinvigoration of non-fiction in which the self plays a more central role.

The very term autoficción (I use the Spanish term as I first encountered it as a category of literature in Latin America) has come to mean a form of fictionalised autobiography. But the term is more capacious than that, covering both fiction and non-fiction. Autoficción dares us to distinguish between fact and truth, between false and fictitious, and to examine the limits our culture imposes on these boundaries and its tolerance of their transgression. Is the collision of fiction and non-fiction a bid for sincerity, or one of deliberate obfuscation?

I am thinking about this because I am devising a new course for the programme I teach on and co-direct, the Masters in Prose Fiction at the University of East Anglia, that will look at the work of writers who have blurred boundaries, aesthetically and politically, between the genres. I would include in any course list Olivia Laing’s paean to New York City, The Lonely City, Megan Bradbury’s interpretation of living cultural figures in the same city in Everyone is Watching, the American writer Zachary Lazar’s documentary novels which also feature actual people in fictionalised situations, novels by the French writer Christine Angot, Anne Carson’s poetry, and Maggie Nelson’s groundbreaking fusion of cultural criticism and autobiography (dubbed ‘auto-theory’), The Argonauts. I have also practiced autoficción in my work, in my fusion of fiction, memoir and climate science, Ice Diaries.

It’s worth remembering that distinctions between genres is culturally mediated: the categorical difference between fiction and memoir that exists in the US and UK does not apply in France or Latin America, for example. Books do not need to be labelled ‘fiction’ or ‘non-fiction’ except to enable the marketing of them, or (depending on the privacy and libel laws of the country) for legal reasons. As Catherine Cusset observes in her instructive essay, ‘The Limits of Autoficion’, the analysis of this approach and its aims depends on whether you focus on the prefix ‘auto’ or on the radical ‘fiction’. Is it more relevant that the writer has created a thinly veiled self, or has not bothered to obfuscate the self to make an aesthetic and political argument about knowability, appropriation, privacy and experience (the auto bit); or is its aim to create an aesthetic object with a universalising sensibility and a cultural purposefulness, as fiction does?

Autoficción is still emergent as a practice. It is not yet and may never be a genre proper; it is perhaps more reflective of a mode of experience. It describes an approach to the aesthetic of being in literature, encompassing not only fiction and non-fiction but poetry and criticism. Changing intellectual currents in literary studies in the last fifteen years have encouraged a documentary or narrativising trend, not only in literature but in television and cinema as well. ‘The postmodern novel is dead… the self is [now] a living thing composed of fictions,’ writes Jonathan Sturgeon in the US webzine Flavorwire.

A literary mode which foregrounds the self might descend into solipsism. But the themes and concerns of autoficción transcend individual concerns: terrorism, politics, ecological disaster, race and identity, the moral quandary of late capitalism and the extreme form of individuation it has encouraged in the West. The writers who have pioneered and practice it are various: Europeans such as the late WG Sebald and Karl Ove Knausgaard, Americans such as Ben Lerner, Maggie Nelson, Chris Kraus and Nell Zink and the Nigerian-American writer Teju Cole.

The hallmarks of the genre are not only its fusion of fact and fiction, or the creation of an alter-ego or decoy self as a narrator-character. As Ben Lerner has written, Karl Ove Knausgaard’s My Struggle ‘isn’t a story so much as an immersive environment.’ (This term, immersion, is familiar to fiction writers. We want our readers to sink in to the fictional world we have created and deploy various strategies in pursuit a totalising effect: the novel’s sheer duration; thick description ballasted by factual accuracy; an in-depth excavation of the consciousness of the characters.) My feeling is that such an immersive experience offers a voyeuristic thrill, fuelled by ‘authenticity’, that the novel currently struggles to achieve. A novel can feel artificial or constructed, because it has been. Artifice is part of the deal, in writing fiction. The narrative imperative in autoficción is not quite the same as a novel. As a novelist, one is loath to bore the reader - the worst outcome is that she or he will lose interest in the story and not want to keep on reading. Autoficción takes its narrative logic at least in part from lived experience: like autobiography, it follows the life of its protagonist. Because the reader expects the book to be at least in part based on the author’s experience, he or she is prepared for a certain level of tedium, repetition and mundanity that comes with lived experience.

Not all writers have jumped on the autoficción bandwagon. Marie Darrieussecq has said the approach ‘lacks seriousness’: ‘autofiction is at once a feint and at the same time asks to be taken seriously,’ she writes in ‘L'autofiction, un genre pas sérieux’, published in 1996 in the French literary journal Poétique. ‘But the writer of autofiction simultaneously affirms that what he or she writes is true and warns the reader against accepting it as truth.’ Not only is it not serious, as a practice: it lacks sincerity. Laurent Jenny at the Université de Genève comments that ‘all the elements of the narrative pivot between factual and fictive value, without making it possible for the reader to distinguish between the two.’ (My translations.) If the codes and signs of fiction and fact are intermingled until they are indistinguishable, how can the reader take a compass reading toward the truth? Reader-response theory and post-structuralism both foreground the relationship of the reader with the text; if the text morphs in a deliberate attempt at bamboozling the reader then the basic contract between the author and the reader is defiled.

I wonder if our fascination and discomfort with autoficción is reflects not only a changing quotient of the self in the novel but a shift in the established hierarchies of power in society. The individual has new legitimacy, a notion encouraged by capitalism, which has a vested interest in having us cultivate our identities as cherished notions of the self which can then be marketed to. In this regime fiction has less purchase and less legitimacy with its suspect, created selves who cannot be sold anything. On the other hand, autoficción might offer a reflection of the complex nature of existence, perhaps especially now. I can’t be alone in feeling that we live in a fusion of the factual and the fictive. Political narratives are spun above our heads by unaccountable figures over whose actions and decisions we have no control. They create a parallel reality which seems to have been generated by a dark machine (Brexit, Trump), ensnarling us in their mephitic clouds. Our agency has been diminished in late capitalistic democracy, and so perhaps we are fighting back by marshaling our subjectivity.

This explains the urgency of autoficción; it is the opposite of solipsism, rather, its fusion of real/not-real; I/not I has a subjective power that conventional fiction lacks, at least in the present historical moment against which we are playing out our lives. The individual fights back against the empire of constructed delusion by calling its bluff and demonstrating that the subjective reality of the individual cannot be so easily manipulated. Autoficción is here to stay.