'A Visibility Matrix' - touring exhibition of a group show 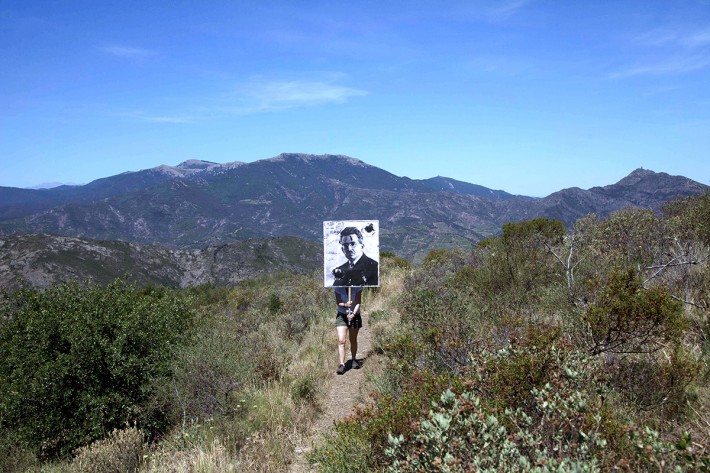 'There is now an expectation of visibility, from any place, at any time and by anyone.'

'More Than A Sign,' the film Diego Ferrari, Bernard Arce and I have made on the landscape of Walter Benjamin's death, will be exhibited at the Douglas Hyde Gallery in Dublin, Ireland, as part of an international group show which will tour to Toulouse, France, and Derry, Northern Ireland. The show opens in Dublin with a private view on June 6th 2018.

'A Visibility Matrix' explores the politics and conditions of visibility. Initiated by Dublin-based artists and long-term collaborators, Sven Anderson and Gerard Byrne, A Visibility Matrix assembles contributions from a distributed panel of artists, film-makers and others within a synchronised, multi-channel video installation that will be presented for the first time in Gallery 1 of The Douglas Hyde Gallery.  For more information see: http://www.douglashydegallery.com/a-visibility-matrix-1/