What will Brexit mean for nature? 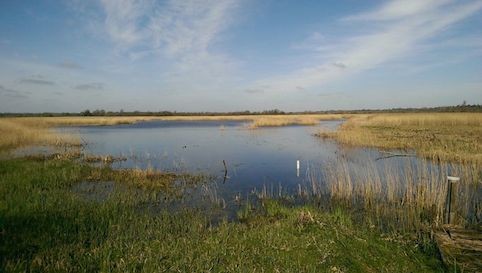 The effect of the recent Brexit vote on Britain’s nature policy hardly seems to be at the top of anyone’s list of post-referendum worries. In the news there has been scant attention given to the prospect of the withdrawal of EU legislation to protect the environment.

Not that the EU has always been effective in providing environmental legislation. In 2015, under pressure from lobbying by British agriculture, it abandoned a planned soil framework directive to protect land against toxic substances. But on further investigation it looks likely the only thing preventing further degradation of the UK’s wildlife, habitats and conservation initiatives is the suite of European directives and laws aimed at preserving nature, including the EU’s birds and habitats directives.

Pre-Brexit, it was widely acknowledged (see Government Policy on Biodiversity and Ecosystems, 2010-2015) that biodiversity in the UK was declining. The legal protection that our nature sites currently enjoy originates in EU Directives but is enacted by UK legislation. The Conservative government under Cameron acknowledged that natural reserves are too fragmented, climate change is having a deleterious effect on our ecosystems, and that robust action must be taken on a political level to protect our existing natural areas.

How will this be delivered on in the new world order? Early signs are not promising. The new Prime Minister, Theresa May, delivered a double blow to the environment within hours of taking office. First in abolishing the Ministry for Climate Change, then in a particularly dismaying move, the appointment of Andrea Leadsom as Secretary of State for the Environment, Food and Rural Affairs. As George Monbiot has observed in a recent article, ‘We have an environment secretary whose ideology urges her to see the environment as an impediment to profit.’  In one fell swoop Theresa May has signaled that the environment matters little to her political vision for the UK.

If Britain does leave the EU, agricultural subsidies will disappear and will likely be replaced to an undetermined degree by national government payments. The result is guaranteed to force many farms out of business and hectares of arable land will fall into dereliction. As with any unforeseen event of catastrophic proportions, there may be unanticipated benefits to the environment of a Brexit scenario on specific issues: Patrick Barkham pointed out in a recent Guardian article how this might allow famers – mostly high-end organic farmers, likely – to pursue rewilding their land, allowing fields to lie fallow to facilitate the re-introduction of wild species.

There also exists the possibility, however remote, that the shock of the referendum and the changed political order it has created will allow us to rethink our relationship with nature, which has become framed in the world-view of neo-liberalism. We talk about nature as a ‘resource’ to be made use of, rather than a repository of national heritage or simply a space beyond the dominion of the human. As Monbiot and Paul Kingsnorth and other writers on environmental issues have noted, we seem to have no language in which to describe our relationship to natural spaces apart from the cant of resource and profit: if we can’t make money from the environment it becomes an obstacle to ‘business’ and ‘progress’.

Meanwhile so-called progress and profit are destroying wildlife and our natural spaces. In the last 40 years we have lost 50% of vertebrate species globally. In the UK, the recent The State of Nature report revealed that one in three species have been halved in number in the last 50 years. The cause is a perfect storm caused by development, intensification of farming, climate change and over-use. One in ten of the 3,148 species in the UK analysed are on the brink of extinction.

To take a local example, Steve Waters, my colleague at UEA and I recently mounted a theatre performance in a Norfolk RSPB reserve, Strumpshaw Fen. In the course of two visits to the reserve to research the issues facing it we learned that the most serious issues facing the reserve were linked to land management and the local effects of climate change. We encountered a feeling among conservation workers that nature will be less well funded nature sites less well protected against climate change if and when the UK leaves the EU.

A gloomy picture, then, one which needs urgent political leadership and investment to reverse. Which is the worst of the two options on the table – possible continuation of the EU rubric with its wasteful and damaging agricultural subsidies, or an unknown path in which Britain goes it solo and reframes its policy toward nature in a new, so-called ‘sovereign’ future? For all its faults I would put my money on the framework of European legislation, developed over decades and in collaboration with other nations, which it seems we are almost certain to lose.