The Wave - the Indian ocean tsunami ten years on 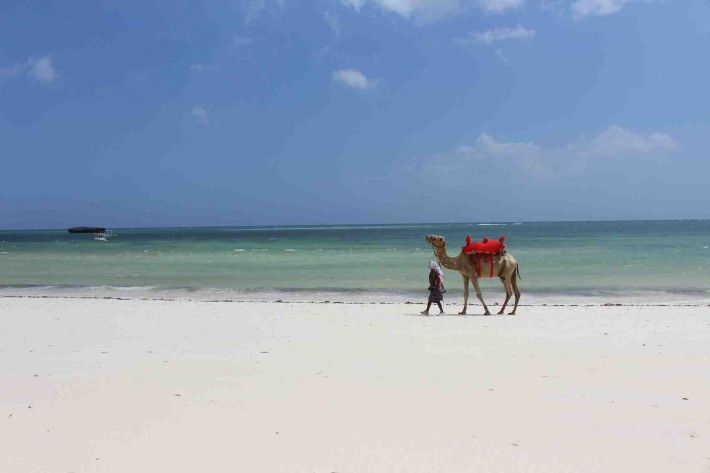 The daily retreat and advance of the tides is an inescapable part of life on any coast. I have always had a fascination for tides, in part from having grown up in Nova Scotia, whose Bay of Fundy is the scene of the highest tides in the world. There, the difference between high and low tide on any given day is as much as 17 metres. During the 12.4 hour long tidal period 115 billion tonnes of water push their way, driven by the current and the nudge of the moon, into the bay.

Here on the Indian ocean the tides are less dramatic, but they effect a similar alteration in the landscape. The sea expands and recedes, cryptic in its immensity. As I write now, pale striations are appearing on the horizon. The reef is about to be exposed by the receding tide. In a couple of hours, as low tide arrives, the architecture of the shore will have changed completely: sand-coloured coral beds will have been levered out of the plasma-like ocean; ivory sandbars and jade trapezoids will streak the shallows. Yesterday the cenotes of coral beds were exposed by an unusually low tide, wherein mysterious sandbars appear on the horizon and moray eels jump from rock pool to rock pool in a desperate attempt to keep wet.

On this coast ten years ago today a dramatic alteration to the usual tidal pattern happened when a tsunami arrived. On December 26, 2004 a 9.1 magnitude earthquake, one of the largest ever recorded, struck off the coast of Sumatra at 07:58 local time (00:58 GMT). Generated by the earthquake in distant Sumatra, the wave took six hours to reach the east African coast of the Indian Ocean, travelling at speeds of up to 800 kilometers an hour. The wave that arrived here was much smaller than the tsunami that ravaged the shores of Indonesia, Thailand and Sri Lanka, but despite being only 100cm high it was unusually powerful.

My host remembers being perplexed by the sequence of events. ‘I was lying with my daughter on the beach; I got to the stage where I was feeling a bit too hot, so I got up and sat in the shallows to cool down. After a minute or two, the water I was sitting in became very shallow. I moved further into deeper water, and the same thing happened. The water kept retreating; it was if it was being suctioned out of existence.’

In nearly forty years of coming to the coast, he had never seen anything like it and didn’t know what to think. ‘I looked around me, and all the coral rock puddles had reversed rivers of backwater rushing back out to sea. That was the moment when I realised something very strange was happening. I looked to the horizon and I became aware of a single wave coming in to shore that stretched from the rock to the bay. It was one continuous wave about a kilometre long. I thought, that’s strange – waves don’t behave like that. You never see a single unbroken wave here.

‘The wave was not very high at all, but even though I was sitting down it knocked me over. When I stood up again I noticed that the cycle of water retreating was starting all over again. Another wave came. Then I decided to get to higher ground. I took my daughter and went to a higher area. We both stood there for what must have been ten minutes and watched seven kilometre-long successive waves come and go.’

An hour later my host received a telephone call that instructed them to flee to higher land – there was an international alert to vacate the area. But it came too late. A snorkeler was killed on the beach; not by the incoming wave, but by the drag of the sea as it pulled out in advance of the tsunami; further north there were several casualties. The reef protected the area to an extent; the tsunami hit with much more force on the horn of Africa. By the time it reached my host’s beach, much of its power had dissipated.

Why do tsunamis invoke such fear and fascination? They are a representation of the raw power of nature, of course, and the limitless power of the sea as a dimension. Here, sitting only 100 metres from the shoreline of the Indian ocean, it is all too easy to imagine the sea being heaved up and rising toward us faster than a 747, engulfing the house, the car, and any escape route here in this slim, flat peninsula. Tsunamis often deliver a complete and overwhelming wreckage of human purpose, although to look at the photographs of Banda Aceh published on the BBC website today, we also witness the triumph of reconstruction.

Since 2004, another wave caused even greater devastation. On March 11, 2011, the earthquake off the coast of Japan generated a wave which destroyed much of the Sendai region on the Japanese coast. Not long ago I read a fascinating piece in the London Review of Books, 'Ghosts of the Tsunami', by Richard Lloyd Parry. He chronicles the trials of the Shinto priests in Sendai, who were presented by townspeople with a series of hauntings and spirit possessions in the wake of the wave. Ten thousand died at a single stroke, the article attests, and so perhaps it is not unexpected that many souls were still wandering the streets of their destroyed towns, trying to apprehend what had befallen them.

A for the living, we are similarly haunted by the prospect of the wave that might rise up and take everything away from us in a single stroke. Some people, once exposed to this radical capacity of nature for erasure, might never recover psychologically.

Here, as I write overlooking the ocean, it is impossible to forget that this ocean delivered a death blow to 228,000 people a decade ago today.  The sea consumed entire towns, shoved boats into the tenth story of buildings, decapitated palm trees, suctioning monkeys, birds and people alike out to sea, never to be recovered. It withdrew the life from people with a single breath. So with each recoil and advance of the tide I watch it carefully for signs of its intent.