Is virtual teaching the future for creative writing degrees?

Writing the City – Singapore and London 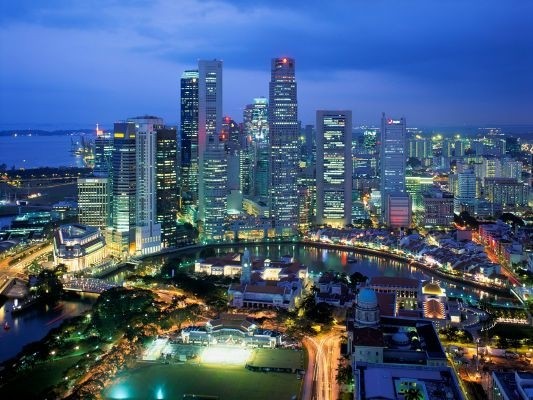 In the autumn of 2011 and into January 2012 I taught one of the workshops for the innovative Write Forward – Writing the City collaboration between Birkbeck College and the British Council in Singapore. The idea was to teach the equivalent of a weekly core fiction writing workshop, but online via a chatroom interface, supplemented with individual tutorials conducted on Skype for 25 local writers in total.

I teach Creative Writing at UEA and Birkbeck, and so know how to run a workshop/seminar class. But doing this when you can’t see the faces of your students is another matter. The challenge was to direct the online conversation in a way to deliver ‘pedagogical outcomes and understanding’ rather than to have an aimless conversation about what students liked or didn’t like about the workshop piece in question. It’s possible, but you have to be firm – and more importantly a fast typist. The other issue is those pauses when no-one seems to be saying anything, but which you quickly realise from the stream of conversation running down the screen meant everyone was furiously typing at the same time.

‘Meeting’ the students on Skype made a big difference. And it certainly helped that all the students had met each other at least once. It was a pleasure to talk to people across an eight hour time difference, glimpsing them in their nocturnal tropical habitat wearing T-shirts while I was wrapped up in the milky light of a London winter afternoon. We had conversations about the geography of the Philippines, country of a thousand islands – one of the students was a regional corporate products manager from the north of that shattered archipelago, or about the structural affinities of short films and short fiction – another student is a film director by training. As always, the main pleasure in teaching writing was meeting the students and watching them develop. Which many did, at what seemed to me an accelerated rate. Uncertain or finished work would by the next workshop be infused with detail and feeling.

Several things strike me as important about this pioneering collaboration, and distance learning methods – which, who knows, may be the future of teaching, especially in disciplines like creative writing, as most creative writing courses are located in the advanced democracies of the West, rather than in Asia, Africa, Latin America, and not everyone in developing countries has the resources to study abroad. Singapore is a new country which is still discovering its identity and its artistic voice.  There are no creative writing degrees at its Higher Education institutions. It has also been intolerant of freedom of expression, and I so think it is doubly important to mentor and encourage Singaporean writers to find their own voices, what is unique to their psycho-fictional habitat and territory.

Could this learning method lead to a new internationalism in writing, one that more easily crosses cultural and linguistic barriers? One of the ways I tried to address this was by teaching fictional technique through studying the short story, a flexible and international a form as there can be, looking at writers from contemporary Ireland, Canada and Zimbabwe as well as classic writers in the form, and so avoid the issue of national (or nationalist) literatures.

The other thing teaching this course taught me is that despite such so-called globalising trends, literature is still stubbornly local, rooted in a consciousness formed in a particular time and place – wasn’t it Flannery O’Connor who said ‘if you are going to write you’d better have somewhere to come from.’ A student wrote a great story about a young man doing his national service in the Singaporean military in an era when most states have abandoned universal conscription. Another student wrote a futuristic/fantasy story set in  Hong Kong, that future-city-in-the-present. Reading my students’ work opened a portal to new places, concerns, cultural norms, smells, food – the history, geography and actuality of southeast Asia.

To read pieces by several of the Writing the City Singapore writers, see the Writer’s Hub