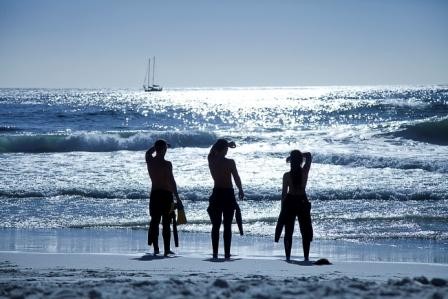 Alexandria – this must be the most beautiful name for a city. Poised on the northernmost rim of Africa, it is a place I have been to only through literature, and through a literary and family association buried in official secrecy – but that is another story.

The Greek Ministry of Culture has declared 2013 to be the Year of Constantine Cavafy. This year is the 150th anniversary of the poet’s birth; Cavafy was born in 1863 and died in 1933, just missing the rise of Nazism and the Second World War, which would bring such fracture and intrigue to his native Alexandria.

I don’t remember the first time I read Cavafy, but it might have been at university during my undergraduate degree. Then, I thought his poetry morose and antique. I found many of the references to Classical Greek thought and myth rarefied.

But I recognised the current of disconsolate desire in his work. I had already read Lawrence Durrell’s famous novel sequence, set in Cavafy’s city, The Alexandria Quartet. As Philip Hensher notes in a recent Spectator article on Cavafy, the spirit of the poet seems to haunt Durrell’s novels. In them Durrell claims, ‘only the city is real’. And they are, taken together, so much more novels of the city than of its personages; the passions, fantasies, projections and emotional miscarriages of their characters are dominated by their setting.

Last summer I finally re-read Cavafy – a guilty hangover from trips to Greece when I have dutifully carted his collected workswith me only to leave the book accumulating beach sand in its spine. Last summer I was also thinking and reading about the final days of Apartheid in South Africa, because of a photographic exhibition whose subject this was and which I had to cover for a magazine.

New work often comes out of these strange collisions, especially short stories. Stories are the ideal venue to try to resolve conundrums and digest things that simply come up while living. And crucially you can tell whether this scratch-board of ideas is minded to become a good piece of fiction relatively quickly, without spending ten years sawing away at your desk, as with a novel.

I ended up writing a story ‘Two Africas’ (an extract appears here). The story is about geography and extremity, set as it is in Alexandria, a city that faces Crete and the old world, and Cape Town, that hook-shaped city at the bottom of the world contemplated only by a distant Antarctica.

Africa is thought of as a single entity only outside Africa. Europeans or North Americans possibly see a resinous block of a continent, a sea of undifferentiated gleaming mahogany faces. Within Africa the landscape looks different. It does not present itself as a single entity, except perhaps as an idea, maybe even a spirit, if that’s not too fanciful. Africa is a polyphony of realities, 54, 57 or 61 countries or entities (depending on whether you consult the African Union or the United Nations). To examine what ‘Africa’ might mean involves returning to that typical fiction writer’s obsession – what links people across space and time?

There is a universality to our experience, we understand. We live within a human life cycle, we go through common stages, depending on how long we live. But apart from this, and the animal fact of our physicality and the tenuous ribbon of energy called life, what do we really share? Is Jung’s idea of the collective unconscious possible? Can there be a unity among people, across time and space?

To be from a place starts somewhere under the threshold of consciousness, a marine realm of bioluminescence and uncertainty. An angle of light, perceived before memory. The conformation of the trees that line the street. Blossoms in November, or April. Pink or purple. Fossils or seashells. Do we grow up on buried mountains or in levitated ex-undersea plains.

Did Cavafy even realise he was growing up in Africa, and not in the European cities that ring the Mediterranean like so many tarnished pearls? A Greek poet by language and family background, Cavafy a grew up in a powerful diaspora community. By his own admission, as a young child he could have been growing up in Greece. As he grew older and awareness cohered he found himself in the centre of a collision of Arabic, Lebanese, French, Italian and Greek influences. The complexity of his city made him a better poet than if he had been a regular Athenian, I wager.

The story ‘Two Africas’ is about two men in different timeframes, at opposite promontories of the continent. Constantin Cavafy, an actual figure, lives in Alexandria in 1909. Cavafy is waiting; not an uncommon state for lovers, or would-be lovers – waiting for the beloved to show up, waiting for the return of the beloved, waiting for the moment when you know truly that you are loved. This stalled expectant rapture is, I think, how we spend a great part of our lives.

In the other part of the story we meet Jan Malan, a fictional character, who teaches high school English in Cape Town in the dying days of Apartheid. The denouement of the regime is apparent but not yet registered in the society, or even in any individual psyche. But Jan is becoming strangely prescient. He has a feel for the way things will go.

The story is about what is forfeited and what is gained by not having what or who you desire, and the self-knowledge that is the unintended bequest of a society or historical moment that actively denies you that desire. And also that unique psychic patterning we call home – the sound and colours birds, flowers, angles of light, streetnames, animals, family. Jan and Cavafy also have in common a sexual orientation, but in Jan’s case it is not yet set, and never may be. Both characters find their lives overtaken by unsought paradoxes. They are trying to navigate through these. And there is a stranger in their lives. It is themselves.

The concept of the stranger self is often associated with Carl Jung. The Shadow, or shadow-self, is the unconscious self, part avatar, part saboteur, who really runs the show underneath the threshold of our cherished intent. Conscious life might be only a ruse, a distraction.

Writing this story I realised I didn’t know the origin of the word Africa. It comes from the placename of a defunct town in Tunisia, Ifriqiya, meaning ‘sunny place’. Afri was also a Latin prefix used by Romans to refer to Carthaginians, apparently (Carthage was located in modern day Tunisia). From the beginning it was a place of lumination, somewhere that cancelled shadows.

As for these to characters who stand at opposite ends of the continent and of the twentieth century, what binds them in the end is that they are both Africans, meaning their fates are linked to the continent of light that bears the name.