The triumph of ‘story’ – what’s happening to literary fiction in the UK?

Malcolm Lowry, unapologetic literary novelist and author of Under the Volcano 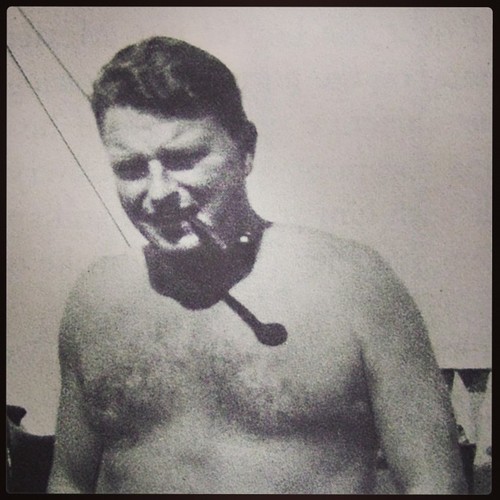 I’ve heard the same story now from several writers of literary fiction. You might have heard it too. Let's say Writer A submits her latest novel to her agent and/or editor. Then follows the deadening wait for the verdict, like awaiting the results of a medical test. There needs to be more story, the agent/editor says, after a diagnostic interval. And it needs to happen faster. The beginning is too slow, the reader must be ‘hooked’, from the beginning; if she’s not hooked, she’ll swim away.

Why the fishing rod and the rush, I wonder. It’s true, a slow start takes perseverance on a reader’s part. But many of the novels I most admire are slow starters. Malcolm Lowry’s Under the Volcano opens with a first chapter even Lowry recognised as static. In a soaring epistle of literary defence, Lowry wrote a twenty page-long letter to his publisher Jonathan Cape, appealing against the publisher’s move to cut it. Under the Volcano went on to be one of the greatest books of the twentieth century, but that’s the benefit of hindsight – neither Lowry nor Jonathan Cape knew that at the time, and the publisher’s worry was that the reader would not stick the novel out long enough to enshrine its greatness.

Perhaps the most important development is a focus on ‘story’, although few people I have quizzed can precisely define what this might be, apart from the obvious quality of a series of events, meaningful enough to relate, that unfold in a way that snags the reader's interest. If we take this as our definition, all novels have a story, but literary fiction’s relationship with it has been fractious. In fact the entire category of literary fiction itself is contentious, at least in the UK. ‘‘The label literary fiction" is often used disparagingly, as if "literary" were synonymous with "pretentious" or "plot-free",’ writes critic and scholar John Mullan in the Guardian.

What is literary fiction? I write it, and so have never been in doubt about what I think it is, but have hardly bothered to define it. It’s just simply the fiction I have always read and write. But now that’s not good enough. For one, my students on the Masters in Creative Writing at the University of East Anglia ask me every year what I think it is, so I’ve been forced to up my game.

I see literary fiction as fiction driven by ideas, ambitious with and for language, and often formally experimental. On the axis of art versus entertainment it gravitates to the former. Literary novels rarely offer any conclusive endings or certainties. If anything they pose a series of enigmas. They may even have a beneficial effect on our ability to tolerate uncertainty in our lives and to express empathy, according to a pioneering study on the psychological benefits of reading literary fiction. Then there is style; it is perhaps an unfamiliar notion to many readers that language can be just as exciting as story (try Martin Amis’ Money as a demonstration). But that’s precisely what literary novels give us. They ask us ask us to attend to the manner of their telling. The story is only as important as the way it is told.

This is not to negate the importanc of story. Narrative fiction favours a propulsion of characters through time. But often literary novels are pleasingly unclear what exactly the story is - a little like life. It can be innocuous (for example, young woman endures languid summer in London – Charlotte Mendelsohn’s hypnotically uneventful first novel Love in Idleness). Editors have a name for stories like this – ‘quiet’. Quiet stories have always been difficult to sell, but if I look at my bookshelves many of the novels I most admire have such quietude humming away inside their spines.

When I worked in publishing as an acquisitions editor I read many books that were indeed too quiet. It wasn’t usually a deficit of story, however, but one of meaning. There was too little ambition, metaphor, thematic terrain and affect. The fiction I read during the years I worked in publishing that truly challenged my patience and interest were by nouveau roman heroes: Alain Robbe-Grillet’s Jalousie, or Juan Jose Saer’s Nadie Nada Nunca (Nobody Nothing, Nowhere), a translation I edited. These narratives stalled in a concrete present tense, obsessed with an arid repetitiveness and keen to hammer home the meaning-drained eventlessness of life. Still, after reading them I noticed that they occupied a submarine compartment of my consciousness that more story-driven fiction has never reached. Their intensity, repetitions and the dream-like insistence of their descriptions soaked beneath the skin to a place below the threshold of consciousness. They not only stayed with me, they changed me, by challenging and shifting my understanding of reality.

Colin Robinson, a veteran publisher, wrote recently in The New York Times how, ‘faced with a dizzying array of choices and receiving little by way of expert help in making selections, book buyers today are deciding to play it safe, opting to join either the ever-larger audiences for blockbusters or the minuscule readerships of a vast range of specialist titles. In this bifurcation, the mid-list, publishing’s experimental laboratory, is being abandoned.’

If there is a lack of appetite for seriousness and experimentalism in the fiction market, maybe formal experiment is moving genres. Julia Bell, novelist and lecturer in Creative Writing at Birkbeck College in London, believes non-fiction may be the new literary fiction. ‘There’s a move into the documentary,’ she says. ‘I’m thinking of Knausgaard’s Proustian effort to document his life, My Struggle, which has sold huge quantities globally. Or writers like Damon Galgut, and Sheila Heyti who write “faction”. We still want writing that ponders the question of how we should live, but maybe it’s easier to read it as truth than as fiction.’

If readers now want more story the question is why. Could it be that our emotional reflexes are animated and dulled at the same time by a glut of overstuffed stories on offer, via film, television, young adult dystopian blockbusters, video games and citizen video-production platforms such as You Tube. Within this we gorge ourselves on rash, avid stories with easy heroes and redemptive endings, and the quiet, character-driven or microcosmic story that seems to speak for all human experience, has fallen from favour.

All cultures have meta-narratives that are a direct if unexamined product of dominant anxieties and needs, and which are linked to economic, historical, political, social and sometimes religious factors. We have a cultural hunger for certainty at the moment. At the same time the animus of our age is epic and transformational. Fantasy provides stories on this grandiose scale, as does science fiction. We are perpetually commuting between escapism and futurism. The 'real' world no longer satisfies us. A recent clutch of dystopian films and novels are projection of our cultural anxiety about the mode of future we are creating for ourselves. But our future does not happen to us; we imagine it into being. We have to mindful of what we are bringing into existence with our collective magical thinking.

This epidemic of epics is part of this collective imagining, particularly in young adult fiction and film. The epics are becoming more mobile, moving across cultures through digital media and video games, erasing local variations, establishing a monoculture of story – one of a clash of the titans involving mystical beasts, a daring escape from the limitations of our human existence through supernatural powers, or of a single savior of a ruined future world. As in a tacit democratic censorship, will readers, thinking these are the only stories, desert all others?

At the same time we are in thrall to utility. It’s a truism of capitalism that everything we do must have its target, audience, stakeholder, consumer. Ours is a pragmatic, and not a grandiosely metaphysical, age, despite the vampires and ghosts who shuttle across our screens. Stories are products whose worth is measured by their utility. Many novels which do not consent to be reader fodder are simply not published. But the reader is not a consumer as in most economic transactions. Between the writer and the reader exists an economy of experience. This is what is being exchanged, as well as ideas. It is a complex and intimate transaction.

Literary fiction is important to me for reasons which I can’t completely define. My affinity with it comes from sensibility and instinct more than mere admiration of the craft necessary to write a publishable intelligent novel. Also an emotional need for complexity, and a tolerance of uncertainty. And a belief in fiction as a form of abstract thought, an arena in which we inspect ideas and establish values.

But really what I am looking for from ficition is nothing less than transformation - although of a subtle rather than supernatural kind. Julia Bell says, ‘I think that whatever, fiction or non fiction, literature should be an experience for the reader – it’s an essentially an experiential art.’ In a recent article on the criticism and novels of Alain Robbe-Grillet, Andrew Gallix defines the difference between literary fiction and ‘story’. ‘Art, Robbe-Grillet reminds us, is not just a pretty way of presenting a message: it is the message. Like the world out there, a novel is self-sufficient and "expresses nothing but itself". Its "necessity" has nothing to do with its "utility".’ The genuine writer, Robbe-Grillet said, ‘has nothing to say. He has only a way of speaking’.