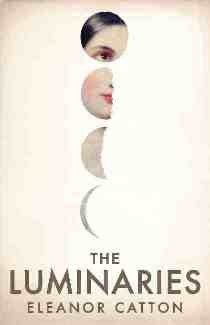 There are few professions that reward youth less than being a writer. Prodigies abound in music, mathematics, even painting, but writing a literary novel of depth, perception, intelligence and ambition is usually seen as a product of experience. And, as we know, experience takes time.

It’s not such a feat for a young person to write a novel, running on a pure fuel of tenacity and imagination. But what do we make of those writers who seem to have knowledge of the human heart far beyond their years, so that their book reads as if it could have been written by a 58 year-old?

Recently I’ve had the opportunity to observe two writers who started unseasonably young. Damon Galgut, who read recently from his acclaimed new novel Arctic Summer at King’s Place in London, wrote his first novel, A Sinless Season, when he was 17 and published when he was 22. And in early April I hosted a Q&A as part of the University of East Anglia’s spring literary festival with Eleanor Catton, who at 28 is youngest ever winner of the Booker Prize, for her vast and accomplished novel The Luminaries. This is Catton’s second novel – her first, the similarly acclaimed The Rehearsal, was published when she was 23. At the same time I’ve been re-reading Doris Lessing’s first novel, The Grass is Singing, published when she was 30, but written when she was 25.

Young writers are not a new phenomenon. Mary Shelley completed the manuscript of Frankenstein before she was 20. Her husband, Percy Shelley, published two collections of poetry and a novel by his 18th birthday. Thomas Mann published Buddenbrooks, an emotionally sophisticated and masterful novel, when he was 26. And Brett Easton Ellis wrote Less than Zero, a novel which would become a talisman of the late eighties zeitgeist, by the time he was 21.

It is possible that – for some people at least – creative genius, or talent, is an innate characteristic, present from the beginning. When it will emerge is simply a matter of luck as well as time. Catton commented that she always knew she would be a writer. She read hugely, and, like many writers, can hardly remember a time when she did not write. The fact that her mother was a children’s librarian when she was growing up, and her father forbade television in the house, might have had a significant and accelerating influence, but it was likely that Catton’s talent would out, one way or the other.

‘I think there’s a certain mystery to why one becomes a writer,’ said Galgut, when asked about the origin of his impulse. In Galgut’s case, an entire argument has been constructed in public from an anecdote he once told an interviewer, about having been seriously ill as a child, and spending a great deal of his days trying to comfort and protect himself from a frightening ‘real’ world with the worlds he encountered in books. He said it was only a matter of time before he would try to write one of these books which gave him such consolation himself. But in the end, he admitted to his interviewer Patrick Gale that, in answer to the question of why he became a writer, he didn't really know.

How do we know what we know? One way to find out is through abstract thought; for me, fiction is not so much telling stories, but a form of thinking. First novels written at a young age often have a freshness and clarity of purpose. That’s something that happens once only perhaps, before self-consciousness and history and ambition and doubt start to cloud the picture. Listening to Galgut and Catton discuss their development as writers, it occurred to me that a certain kind of knowledge and awareness can actually diminish, not increase, as you get older. I’m not speaking of mental acuity (which definitely does shrink) but that as I’ve aged I’ve come to the unhappy conclusion that I might know less than I once did, not more. This diminution is directly related to certainty and conviction; because I am no longer as certain about many things – the distinction between lust and love, between error and mistake – to pick but two, I can communicate less knowledge. Awareness is entrapped by certainty, but it also becomes sharper, at least in outline.

I wonder why are we attracted to and impressed by very young people who seem to know more about the human condition than they ought to. It seems a cheat, that they should know so much, without having yet done their time on the planet. We may be in thrall to the symbolic power of achievement at the beginning of life; how it suggests perhaps that genius really is innate, that it is a quality certain people possess and others do not. We revel in the notion that individuals may be anointed with its purposeful grace; talent, after all, seeks expression and acknowledgement. And a talent that is untainted by experience and graft has the uncanny allure of alchemy.

There’s a more venal explanation, too. The publishing industry’s fascination with extreme youth is in part due to its marketing potential – it’s something to say on the flyleaf and on Facebook, that the author wrote it when they were ‘only’ 17. Granta magazine has established a benchmark in the future of literary fiction in the UK by creating their ‘Best of the Young British Novelists’ issues – although in this case youth doesn't expire until 40. More broadly, there’s the promise encoded in youth – that the writer is ‘one to watch’ who ‘has a long career ahead of them’; the potent lure of potential. Its dark side is the fascination of a society that demands perfection, the sooner established the better.

When asked in a 2001 BBC radio interview how she managed to have such extraordinary insight into the human condition at 25, Doris Lessing said: ‘I listened, and I read.’ She explained how she spent her early years overhearing the women of southern Rhodesia, as it was then, discussing the community in which she lived – the marriages, the farms, politics, the future, the past. She absorbed it all, in part through the lack of any other influence, apart from books. Reading not only broadened her horizons, she said, it humanised her.

I realise there is one thing in common amongst these writers, and their apparent emotional experience beyond their years: reading. They were all prodigious readers when they were young. The words are connected, although not by the means you might expect. Prodigy means a young person with exceptional qualities or abilities. Its origin is in the word prodigium: portent. Prodigious, while it generally means impression in extent, size or degree, also has an archaic meaning, to be unnatural, abnormal. There is an oracular quality to it.

But it's entirely possible these young writers’ emotional intelligence has its origin in their reading, and not in the experience they haven’t yet had. Doris Lessing commented as much, in her 2001 interview. When asked what it was that set her apart from the restricted settler community she had grown up in, her answer was unhesitating: ‘I read. I read everything. So my world was much larger than it would have been otherwise.’ And in her acceptance speech when she won the Nobel Prize in 2007, she reflected on ‘the importance of writing and the ‘astonishing phenomenon, this hunger for books,’ particularly for a young girl growing up in the African bush.

Lessing went on in her Nobel speech to equate storytelling to re-invention; an unnecessary function for very young writers, who do not yet possess enough of a self to reinvent: ‘The storyteller is deep inside every one of us. The story-maker is always with us,’ Lessing said. ‘It is our stories that will recreate us, when we are torn, hurt, even destroyed. It is the storyteller, the dream-maker, the myth-maker, that is our phoenix, that represents us at our best, and at our most creative.’