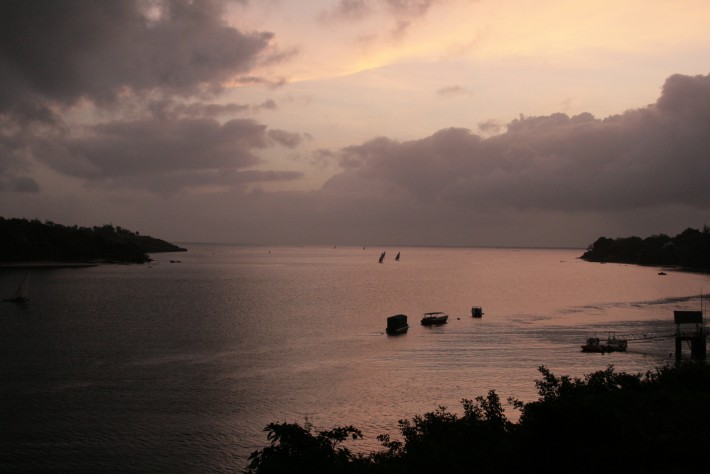 Three new poems set on Kenya’s Indian Ocean coast are published on The Writer’s Hub today. The title poem opens with the (true) story of how David Ngala, the coast’s top birdwatching guide, and I nearly met our maker on his motorcycle as we zipped up and down the coastal highway, thanks to a Lamu-bound bus called – also true – ‘Deliverance’. (In Kenya the buses have names/slogans; presumably to give you something to contemplate in the instant before they mow you down.)

The coast is a fascinating zone; the cradle of Swahili civilisation, where Islam and Christianity commingle; then there is the uncertain beauty of its itinerant dawn skies and lime dusks, where rare endemic birds like the Amani sunbird flit through dense mangrove forests.

Together with ‘Infinity Pool’ and ‘Kilifi’, ‘Indian Ocean Parables’ form part of a body of work on the coast and its wildlife and culture – to be expanded upon hopefully in a return visit to Lamu – let’s hope I don’t meet ‘Deliverance’ again – later this year.