The Expatriate Novel in Africa 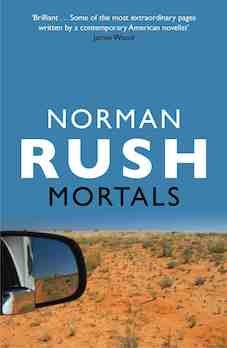 Does ‘the African expatriate novel’ exist? Living and working in Africa – as well as reading and writing there – has led me to reflect on novels which share this basic premise.

The expatriate novel in Africa is not the same as the African expatriate novel. Of this latter category there are many fine examples in fiction: Chimamanda Ngozie Adichie’s Americah, Taiye Selasi’s The Sex Lives of African Girls, Teju Cole’s Open City. Alongside fiction written by actual Africans, over the last six years or so of shuttling between various African countries and the UK I’ve collected a random postcolonial clutch of novels set in Africa but written by non-Africans (black or white). These include William Boyd’s A Good Man in Africa and Brazzaville Beach, Graham Greene’s A Burnt out Case and The Heart of the Matter,  Maria Thomas’ Antonia Saw the Oryx First, Francesca Marciano’s The Rules of the Wild and The Last King of Scotland by Giles Foden, to mention just a few.

I have recently returned to the work of a major American novelist of ideas, who famously only writes ‘about’ Africa, Norman Rush. I re-read Mating, his Pulitzer-Prize-winning tour de force, set in Botswana and published in 1991, and his story collection, Whites. I also read for the first time his second, equally gigantic novel Mortals.

As a writer Rush is less concerned with setting or politics or other remote categorisations of experience, than with consciousness. Rush’s ability to translate a consciousness onto the page, to relate and mimic the language and tics of a particular mind, is exceptional. His character-narrators are furnished with complex, idiosyncratic thought processes, fervid with ideas and emotion alike. For the complexity of his expression and intellectual ambition he has been compared to Henry James and Saul Bellow, but unlike these fellow American writers he does not write about the United States, or only tangentially. Instead the arid, relatively prosperous southern African country of Botswana is his subject and stage. Everything about Rush’s writing comes back to Botswana.

What strikes me about the clutch of African expatriate novels I list at the beginning of this article is that they are less about ‘Africa’, which can only ever be a notional and symbolic reality, than about characters who find themselves in puzzling circumstances. There are infinite variations on ‘Africa’. What they do have in common is that their characters are innocents abroad, ill-prepared for its complexity by their upbringings in supposedly stable, rational democracies. These characters are corroded by their new knowledge of a reality which is too complex, and ultimately too foreign, for their pallid western selves to parse. So they begin to project – desires, neuroses, guilt, power trips – onto the canvas called Africa. They come unstuck both emotionally and politically. What is important to these novels in structural terms is that the characters move from a position of innocence to one of knowing. But ultimately even knowledge does not help them. They have been disarmed by this thing called ‘Africa’, and their undoing allows a universal tragedy to unfold.

Take Ray Finch, the hero of Mortals. Mortals is narrated in the third person; we have a certain amount of access to Ray’s consciousness, but are not given the mainline arterial knowledge the reader enjoyed with the anonymous heroine of Mating. In Rush’s signature intelligent logorrhea, Roy’s neuroses, worries and family struggles are deftly delineated.  Rush is a supremely thought-provoking writer. Nearly every sentence is a container for a querulous idea.  Rush hardly ever writes ‘he picked up the telephone’ or ‘he drove across town’. Instead these actions become staging posts for philosophical and political quandaries of the most sophisticated order.

No-one can accuse Ray of being an ingénue. By day he is nominally a English teacher at a private school, but he has another occupation which by necessity has to be secret. He is one of those few people who has access to that stratospheric layer of reality governed by politicians, strategists, spooks and schemers who actually run the world. The geopolitical workings of the machine are revealed in the novel like an on-going play obscured behind a heavy velvet curtain. Here the title becomes significant: our lack of knowledge of the shadow theatre of realpolitik makes us mere mortals, whereas Ray is something of a higher order.

But he has a weak spot – his wife (a too typical Achilles heel for any male heterosexual writer). Ray’s weaknesses are encoded in his beautiful, decade-younger wife Iris, who may or may not be having an affair with a black American doctor – a parvenu in Botswana who himself might be a charlatan.  Rush is very interested in crackpots who set themselves up as demigods, and perhaps Africa is the only arena still spiritual and unconvinced enough about the nature of reality to be tolerant of such characters. Sexual jealousy and the arid, thunderous beauty of the Kalahari combine in a long climax and denouement.

I finished Mortals with an awareness above all of how important Botswana has been as a fictional landscape to Rush. It seems to have animated all his ideas, which might have felt intellectually exclusive or toothless when set in liberal America. But there is another, larger question behind the decision to write a novel in a country which is not the characters’ own, and which is related to the complex issue of ‘home’. As Maria Thomas writes, ‘[Sarah] hadn’t so much come to Africa as she has escaped America. ‘I reckon I joined the Peace Corps because I was trying to avoid conscription . . . into American life.’ The frustrations and repulsions of ‘home’ vault many of these novels’ characters into a search for a more vivid, authentic life. They may not find what they want, but they are enlivened by the transplantation.

At the recent Worlds literary colloquium in Norwich, the English novelist James Scudamore wrote persuasively about the energies embedded in the novel of foreign lands, and how these drive character: ‘We don’t feel driven to deﬁne ourselves so forcefully when we are at home,’ Scuadamore writes in his essay ‘The Ecstasy of Impossibility’. ‘Our sense of citizenship breeds complacency. The alien brings us closer to the familiar, because we long for it, and its unattainability allows it to become perfect in our minds. It’s like addiction: because the yearning can never be satisﬁed, the energy it generates can never be exhausted.’

Equally, in an eloquent and uncharacteristically personal piece in the London Review of Books, ‘On not going home,’ literary critic James Wood examines the idea of an original ‘true home’ and suggests that this is what it is – an idea, symbolic and compelling – but that many of us become something and someone else in the course of our lives, and it is this new self which negates any possible return to a symbolic point of origin. The characters in nearly all the novels I mention above are caught betwixt a reality which is foreign, hostile, incomprehensible, whose tragedies and inequities their ancestors or their ilk have helped construct, yet they are in thrall to their individual Africas.

To not know where to call home is the shiftless dilemma of the privileged cosmopolitan, who gains more than she loses in her globetrotting. But on a fictional level I warm to these misfits and their mystified, terminally innocent realisation that they are not, after all, the people they were when they lived in the cosseted countries of the north. That Africa – whatever that may be – really has changed them. And they can never go home.

The moment of the ‘expat novel’ in Africa may be on the wane. A new cadre of authentically African writers seem fed up with the white man’s clumsy appropriation of their continent as a setting for their latest exercise in the acquisition of social and cultural capital. Kenyan writer Binyavanga Wainaina’s tart polemic, 'How to Write About Africa', takes this white-man legacy to task, along with slothful western journalism. ‘Never have a picture of a well-adjusted African on the cover of your book, or in it, unless that African has won the Nobel Prize. An AK-47, prominent ribs, naked breasts: use these. If you must include an African, make sure you get one in Masai or Zulu or Dogon dress.’

There is also the question of audience – are black Africans going to read Mortals and recognize their country? The intended or assumed audience for these novels  is white people who do not live in Africa, and perhaps never will. As Wainaina writes: ‘Africa is big: fifty-four countries, 900 million people who are too busy starving and dying and warring and emigrating to read your book.’ He also takes aim at the intellectual arrogance of writers who adopt what they see as the romantic danger of the continent, the tragic glamour of being white on its tawny, lethal savannahs: ‘Africa is to be pitied, worshipped or dominated. Whichever angle you take, be sure to leave the strong impression that without your intervention and your important book, Africa is doomed.’

The novels on my bookshelf generally don’t commit the crimes Wainaina lists, although there might be the odd lazy characterization or snap judgement. What’s true is that the mention of ‘Africa’ plucks a clutch of images from readers in the cool countries of the north, as evidenced in how many novels set in Africa sport the ochre and russet hues of the blood red sunset over the savannah. Wainaina deplores the western vanity that relegates Africa to the symbolic role of basketcase, unsaveable demon, and darkness, as well as the lazy exoticism behind the marketing of these books.

As a writer and a reader, I am enlivened by the contradictions faced by their characters. In the majority of these expatriate novels, Africa is more than a setting or a backdrop. It is a reckoning, a juggernaut, a symbolic terrain where Manichean battles are fought in the open, unocculted by privilege and unprotected by so-called ordered democracy. These are not romantic books, by and large. Rather they seem to throw a mirror back to the West, or the North, or whatever we are supposed to call priviledged western democracies these days: a disconsolate, slanting image of diminished thematic possibilities. Western countries offer a less dramatic frame to explore the grand themes these writers approach – would Rush’s novels have had the same power if they’d been set on the campus of Stanford University? – and these novels are enlivened by the errors of history which made it possible for them to be written.