Cities of the mind 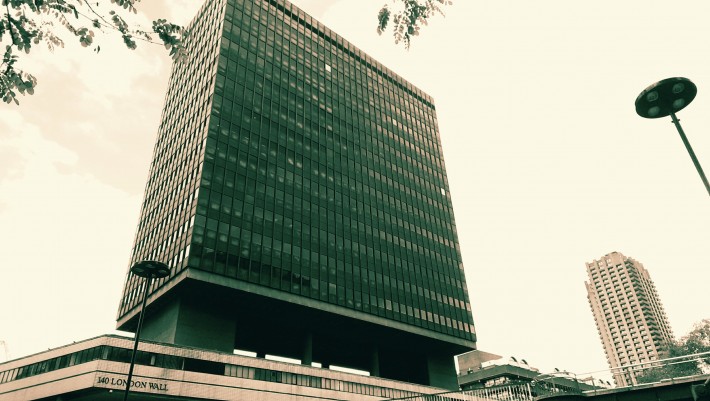 ‘Novels about architecture don’t sell.’ A fellow writer told me this years ago, at a literary festival in Canada. He’d written a novel about an architect which, as far as I could tell, was doing well.

His comment returned to me recently, as I taught a weekend course at RIBA (The Royal Institute of British Architecture) alongside photographer and artist Diego Ferrari. Our course was an intensive weekend seminar on writing about and photographing architecture.

We guided our students to do a photographic workshop during a four hour walkabout of the City of London, an area I know well but haven’t spent time in lately. The students worked on creating their visual narratives as we walked the quirky streets of the financial district. They found constructing literary narratives much harder, they told us, as we passed streets named Trump Lane, Prudent Passage and Love Lane in quick succession.

Back in the classroom at RIBA, we puzzled over the relationship between architecture and fiction. The most obvious point of convergence is that an architect can be a character in a novel or collection of short stories, as is in Graham Greene’s 1960 novel A Burnt-Out Case, in which an ex-architect exiles himself to work in a leper colony in the Congo, or in Ayn Rand’s 1943 novel The Fountainhead, whose protagonist, Howard Roark, begins the novel as an idealistic young architect but whose ambitions are frustrated by the realities of professional pursuit and the demand that he compromise his ideals.

Architecture is, like the writing of fiction, something of a fusion of science and art. To master the discipline of architecture requires abilities not often combined in one individual: an understanding of the principles of mathematics and physics which underpin structures alongside an aesthetic vision.

‘I think most people are intimidated by architecture,’ my writer colleague told me, when I asked him for his thoughts on why novels about architecture or architects lacked mass appeal. ‘It’s a rarefied pursuit. There’s something cold about it, too.’

We shivered underneath the glass monoliths of the city, some of them designed by the most eminent architects of our time, including the twin titans of contemporary British architecture Richard Rogers and Norman Foster. The dominant aesthetic in the financial district of London these days is transparency and verticality. The buildings invite the gaze while refusing any real engagement with them, due to their height and – these days – restricted access. They loom over us, simultaneously inviting and rebuffing our reflections, like a series of giant mirrors.

But architecture is also a science of dreams. It is an optimistic profession. ‘You’d have to be crazy to try to build most of the buildings we’ve seen,’ one of our students commented. It’s not too much of a stretch to compare the construction of buildings with novels, in this respect: both require a reckless optimism and a sense of how they might stand up to the world.

Novels and buildings share something else: a structure. Writers often talk of constructing a novel. Alberto Moravia, the great Italian novelist, has described the novel as having a ‘skeleton’ while the short story, he has written, is ‘essentially boneless.’ Moravia’s metaphor is human, rather than of the built environment, but it describes very neatly how a novel is erected on a bedrock of ideas, or, to use a more charged term, ideology.  Buildings are also ideological. From the open-plan elegant transparency of Modernist hero Mies van der Rohe to the bizarre pastiche of post-modernism, buildings have helped define cultural shifts  - and have even anticipated them.

So what novels and stories are about architects, or architecture? For our course I came up with the following list:

1. The Fountainhead by Ayn Rand (1943). The quintessential American dream novel, authoritarian and individualistic in spirit, its project was to reify man’s supreme abilities to conquer nature.

2. Invisible Cities by Italo Calvino (1972). Calvino’s masterpiece charts the discovery of a series of cities by explorer Marco Polo.

3. Austerlitz by WG Sebald (2001). The narrator and eponymous main character, Austerlitz, is an architectural historian.

5. A Burnt-Out Case by Graham Greene (1960).  An architect who has failed in love journeys to work in a leper colony in the Congo.

6. Castle of Otranto by Horace Walpole (1764). The story of Manfred, the Lord of Otranto, is both a family melodrama and a chronicle of how buildings and minds interpenetrate each other.

7. The Glass Room by Simon Mawer (2009). Mies van der Rohe’s Villa Tugendha in Brno, then-Czechoslovakia, is the inspiration for the novel’s setting of Landauer House.,

8. Versailles by Kathryn Davis (2002). The novel begins with an epigraph: “Architecture is merely the embellishment with which we hide our deepest needs.”

10. City of the Mind by Penelope Lively (1991). Architect Matthew Halland is charged with revitalizing the Docklands.