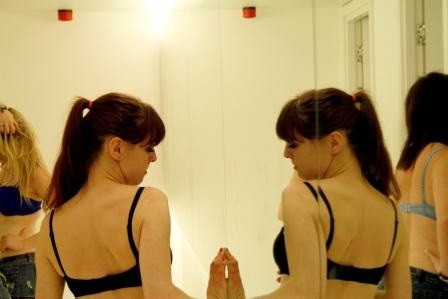 Photography is changing so quickly in the digital era, it’s hard to keep up. We tend to think of this as a technological phenomenon, but it’s also social and cultural.  Not only does everyone have a camera to hand all the time now, in the form of their smartphone, but we are being constantly photographed by surveillance cameras, Google Street View, even Google Earth.

In this new landscape that combines both a hyper democracy of the availability of photographic apparatus and hyper surveillance, where can we place so-called ‘street photography?’ Has the fact that anyone can become a ‘street photographer’ using only their mobile phone made the professional photographer ‘irrelevant’? These were only a few of the questions on the table at a recent sell-out day-long seminar on contemporary photography at the Tate Britain called Urban Encounters: The Image of Public Space.

The dawning irrelevance of the professional photographer was a statement by the day’s keynote speaker, respected visual theorist and Professor Emeritus of Media Philosophy, Victor Burgin. It drew an outcry (or as close as you can come to it in a polite, educated Tate Britain audience) from the artists in attendance. Burgin admitted that he is a natural polemicist; his statement amounted to a provocation more than anything, and that there might yet be aesthetic pleasures to be had from the classic attributes of photography: subject, metaphor, composition, perspective, symmetry.

The day was divided between theorist and artists. Theorists questioned the very utility of the term ‘street’ photography. Is it a genre, an artistic movement, a practice? Is it merely a term for photographing anything that happens involving people in a city? And how does it differ from documentary photography?  Burgin put photography in a wide context of historical and social practices, including our current era, wherein we are constantly negotiating the boundary between the virtual and the real. ‘What is the virtual element of photography, exactly?’ he asked. ‘Isn’t reality itself virtual?’

Among the visual artists who spoke was Diego Ferrari, a photographer and visual artist who takes his students at Kingston University and Central Saint Martins College of Art and Design out into the city to explore the relationship between the human body and urban spaces. Most of the planet is now urban, Ferrari pointed out: cities have become our default landscape. Ferrari’s work, and his work with of his students, examines the creeping privatisation of public space. His critical focus is about how we as bodies absorb and reflect the values of the society around us, and then enact these in public space.

‘The human body struggles to belong in spaces,’ said Mark Pimlott, a scholar and photographer. ‘The human body is trying to find a place to be.’ It’s a poignant statement. There is a bodily loneliness to existing in a city, even if so much of its infrastructure is intended to help bodies move through the urban matrix. There are so many obstacles to be negotiated and conventions to be observed. We spend much of our lives paying to maintain our living spaces as the only places our bodies can legitimately inhabit.

We all know there are rules for behaviour in shared public spaces. If we make a scene, or adopt a strange posture, or venture beyond the bounds of accepted activities – watching a play in silence, consuming food and drink, speaking with other people, looking at the work on show in a gallery situation – then we attract the censure and fear of those around us.

Ferrari asks his students to challenge these unwritten rules of bodily behaviour by, variously, inserting their bodies into the architectural space, or creating a ‘happening’ – a mobile performance-based intervention – or by introducing an object that would not otherwise be in the space. They then photograph the processes and the results.

It’s a risky practice. For his ‘three colours’ body of work, he followed three young men in all-body neoprene suits around London. They were dressed in red, black and blue; each young man had a pair of shorts and trainers on, but otherwise their bodies and faces were both exposed and completely covered by their body-hugging suits.

All members of the public the Three Colours trio encountered interacted with humour and curiosity. Only when they reached the Houses of Parliament did the neoprene vagabonds encounter a problem.

‘A police van came up beside us,’ Ferrari recounted. ‘And several members of the police surrounded us. Only they weren’t the regular police; they were anti-terrorism officers.’ Ferrari had to provide his name, address and role as a lecturer in photography, and was submitted to a series of questions about the intentions of his charges.  The anti-terrorism police were displeased with the collision of two factors – that the trio’s faces were invisible, and that they sat and stood on the anti-truck bomb barriers that now bulwark a side of the building.

Another body of work that provoked a reaction from the authorities was that of Aga Cebula. A student of Ferrari’s on the BA in Fine Art Photography at Kingston University, Cebula decided to stage a happening in the ladies washrooms of the Barbican Centre, where Ferrari had been given permission to work with his students.

Cebula, who is Polish, wanted to critique the more or less unchallenged trafficking of eastern European women to western metropolises, those citadels of wealth and culture, values embodied by large cultural institutions such as the South Bank and the Barbican. The resulting body of work has a classic yet fugitive quality, concentrating as it does on the beauty of the female body, partially exposed, but also because the students and Ferrari were aware that they were being captured by CCTV as they created their photographs. Sure enough, the Barbican’s security detail and premises manager showed up while the students were putting their clothes back on, and Ferrari had to ensure that their purposes were artistic, and that no members of the public had been inconvenienced.

Keeping public space truly public is important to me. I feel fortunate to live in London, which has unparalleled cultural and arts spaces, open to the public, and often free – the Barbican, South Bank and British Museum among them. Britain is truly democratic in its support for spaces where people can without charge or direct coercion to buy and consume can assemble to enjoy culture.

In contrast, privatised space is often sterile, sanitised and patrolled by the values of the owner. These private spaces (or public-private, such as in the case of the Kings’ Place development in Kings Cross, or More London next to Tower Bridge) are becoming more common. They are giant airport-like networking, business, shopping and consuming spaces, although often fronted by free natural vistas such as the Thames, or Regent’s Canal.

Ferrari chooses to work in all these spaces, but whether in the public or private spatial realm, his students’ guerrilla photography methods are less and less tolerated. He has been asked to leave the premises of the Tate Modern, after one of his students, a young Muslim woman, sat down on the long interior ramp leading to the Turbine Hall and covered herself with a sheet, provoking mostly bemused reactions from the audience. Institutions like the Tate Modern, while ostensibly public, might be part of what Victor Burgin called ‘invisible transfers from public to private.’ Private spaces are more likely to be ‘non spaces’ – places without character, heart or purpose, other than to enable economic transactions.

What is the role of photography in challenging this erosion of public space and public freedom of expression? Ferrari and the other artists present at Saturday’s talk seemed to agree that the camera is not only an apparatus: it creates the situation. It is an organising principle for experience, and not just an extended eye.

Ferrari’s own current body of work looks at the element of water and its relationship with the body. ‘In the city, we are used to seeing water contained within certain limits, either a river, a fountain, a container, a glass. But what happens when water breaks out of its receptacle.'

A recent event saw Ferrari take his students to the streets of Clerkenwell where they hurled buckets of water at  themselves and at willing passersby. The water is captured in stasis, billowing like a bubble, or cascading into fragments like a sheet of glass. The resulting images are conceptual and metaphoric, but often humorous and lyrical, too. The complexity of register and the range of possible meanings that can be read into them are what interest me. The land in the city is de-spirited. It has been forcibly removed of its natural elements so that human society and human commerce and flow more freely. But what if you re-introduce a wild, unpredictable element, as innocuous as a bucket of water, into people’s everyday experience? The contrast and shock of the collision of water and the body, water and concrete, is what creates the  surprise of this body of work.

Photography has always commuted between the twin ideas of representation and capture. What Urban Encounters gave us was the notion that a third element can be introduced: spectacle, or situation. This enables photography to supersede the limits of the mere image or capture, and actually create new realities and new values in its name.