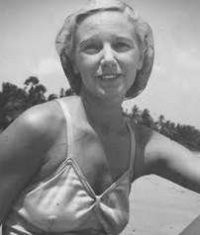 It’s not quite correct to say that Anna Kavan has been forgotten. Her books are kept in print out of sheer dedication by her publisher, Peter Owen. My colleague at the University of East Anglia, Karen Schaller, teaches her novel Ice on her course Fiction After Modernism. And a recent paean to this same novel appeared in the Guardian.

One of only a few great British modernist writers and author of some 19 books in her lifetime, Kavan shares an era and a clipped, visionary style with TS Eliot, but never became as well known. Born Helen Woods to wealthy, indolent and emotionally cold parents, in her late thirties - after a life of improbable travels for a woman of her time - she reinvented herself several times, finally taking the name of one of her own characters. Anna Kavan (as she became) was a blonde, emotionally distant writer who became best known after her death in 1968 for being a near-lifelong heroin addict.

‘She did everything she could to resist biography,’ her biographer Jeremy Reed writes in A Stranger on Earth, the life and work of Anna Kavan. She systematically destroyed her diaries, letters and other personal correspondence, Reed recounts. She never revealed her date of birth. She was also a talented artist, and Reed had to rely upon her paintings in part to reconstruct her life’s narrative.

In 1967 she published the novel that was belatedly to make her name. Ice is a short novel, dense and strange. The precise nature of the apocalypse at its centre is never stated, but it seems that the Antarctic ice cap has fragmented, increasing its bulk and not melting, and so the albedo effect has cooled the planet and triggered an ice age. Biographers suppose that Kavan had the idea for Ice when she was living in New Zealand during the early years of the Second World War. The Antarctic’s proximity had a powerful subconscious effect on her.

In our changing cultural and political thermodynamics, in which heat is likely to be our future foe, it is perhaps easy to forget that until the last forty years or so, writers and other visionaries imagined a different sort of apocalypse: the ice might return. Maggie Gee’s The Ice People described a futuristic ice age and its human inhabitants. Theirs is a frigid doom, although survivable, at least to an extent, once systems of artificial agriculture had been developed.

Kavan’s novel is hallucinatory, a story built out of an anxiety which anticipates our current weather-climate nexus of worries: ‘Something had gone wrong with the weather. It should have been hot, dry, sunny; instead it rained all the time, there was a dank chill in the air.’ The impending ice apocalypse provokes war. The novel oscillates between this cold, dangerous world and fleeting moments of tenderness, between safety and warmth versus the cryogenic death of cold.

The protagonist arrives in a ruined town after a long period of ‘soldiering’ abroad. He seems to resent any requirement to tell the reader of his background, his mission. ‘I had come back to investigate rumours of a mysterious impending emergency in this part of the world.’ The man (none of her characters ever earn names) is restrained, prissy, possibly – by his own admission – sadistic. Prone to glacial dream scenes, Kavan relates them in an gelid tone in which fear and beauty are intertwined: ‘Cold coruscations of rainbow fire pulsed overhead, shot through by shafts of pure incandescent thrown out by mountains of solid ice towering all round.’

In the town he rents a room with the help of a man ‘who owns a telephone but believes in dragons’. The ice is advancing. ‘The ice will be here very soon,’ says the warden of a stern palace he investigates. ‘The harbour will freeze, we shall be cut off.’ The man’s eyes, the main character notices, emit blue flames. ‘You may be stranded here longer than you bargained for,’ he says. It sounds like a prophecy for life: we are here as if stranded; we can’t remember how we arrived, or what – if anything – happened before. We don’t know how long we’re here for.

Our anti-hero is preoccupied by luck. He mentions it constantly: whether his luck is holding or not. He paints a picture of a world ruined by ice and of the woman he loves, whose name we also do not know, at the mercy of the frozen onslaught:

‘Frozen by the deathly cold emanating from the ice, dazzled by the blaze of crystalline ice-light, she felt herself becoming apart of the polar vision, her structure becoming one with the structure of ice and snow. As her fate, she accepted the world of ice, shining, shimmering, dead: she resigned herself to the triumph of glaciers and the death of her world.’

At the time of her death, Kavan was little-known. She suspected that Ice might make her name, as a writer, and she was correct. Posthumous notoriety came and went. The flyleaf sheet in my library copy of Ice, from the Senate House library at the University of London, attests that it has been taken out 24 times between 1973 and 2010. Scattered throughout the book are a reader’s underlinings: ‘looked thinner than ever.’ ‘completely silent’; ‘frightened, withdrawn.’; ‘silver in the flat light’.

Although she clearly loved men in the final decade of her life, Kavan renounced sexual love, saying it had only fuelled her acute psychological distress, from which heroin had offered her a kind of refuge. Thereafter she would content herself with men who were homosexual, practising a wounded Platonism recogniseable to any woman who has been repeatedly burned in love. Kavan’s personal story and novel are haunting. Here we have a great interpreter of cold destined to die not in a heroic embrace on The Ice, as the Antarctic is known, but alone in a South Kensington flat, of complications arising from long-term heroin addiction. 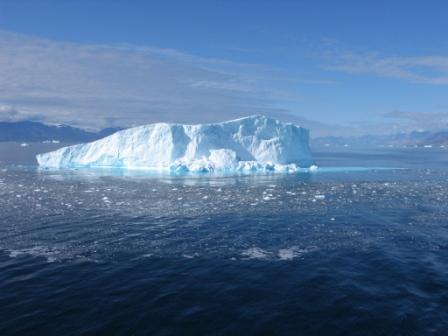 When I became writer in residence in Antarctica several years ago, I hadn’t heard of Kavan. Like most people interested in the polar regions, I had read the great polar explorers of the Victorian and Edwardian eras, particularly of the Antarctic. These men (and they were all men) were not only heroes in the conventional sense of toil and sacrifice and seemingly super-human psychological and physical courage, but also great literary talents. In Britain, exploration and expedition writing were twinned. Without the spirited accounts of Apsley Cherry-Gerrard, of Captain Scott, of Shackleton himself, we would not, as a culture, have such an emotive connection to a lump of ice 12,000 miles away.

Kavan’s novel is so different from these works of optimism and venture. Ice has the spooky prescience of metaphor; in fact it functions better as a fable than a novel. The more I read it, the more it seems to me to be an expression of an inner landscape, a place of cold abandonment, of trying to find the courage to face a weary future. But there’s an opposing current, of a cold ferocity fuelled by how the imagination can be set on fire by ice.

In the few photographs of Kavan available, she is always smiling. She looks gamine – a thin sliver, a sprite. Jean Rhys, another writer I admire and who was in some ways Kavan’s predecessor, looks haunted in photographs, her face drawn by serial abandonments by men. Kavan has the flaxen air of a teutonic bathing beauty – not at all a countenance that would produce such spare narratives of mental instability, emotional alienation and despair. But which somehow, despite the sombre lustre of their narrative, also offer illumination, and even hope.

In the Antarctic and the Arctic I saw many icebergs, and I never tired of looking at them. They also have this dual quality – of frigidity, alienation, but dazzlement, with their mint meniscus and bioluminescene. It’s easier to describe an iceberg than the emotional tone of  a writer, but what Kavan’s work shows how ice seems to elicit a visionary grandeur in writers; more so, arguably, than deserts or mountains.

Kavan haunts me – both her life and her work. The career instability of being a writer apart, her entire way of living was a riposte to stability. Her way to survive the coldness at the heart of her life was to evade it, running a zig-zag course through pseudonyms, birthdates, hair colours. The psychological implications of adopting the name of one of your characters as your name frankly scares me. What was she on the run from? Her self, or better said the notion of a stable self. Writers are able to tolerate having less stable selves than your average citizen, perhaps (Fernando Pessoa, the Portuguese poet, adopted a series heteronyms, which means not only pseudonyms but entire constructed alternate personae, in his lifetime – ‘the poet who refused to be himself,’ writes a critic).

This refusal to be the self – is this an emancipation, a way of accessing a writing style more expressive and powerful than we are capable of if we remain our supposed ‘true’ selves? The self is a hall of mirrors, an enigma. Kavan makes us uncomfortably aware of this fact by becoming a life-long enigma, by becoming, in her own words, ‘the world’s best-kept secret, the one that would never be told.’