Adapting to the film world 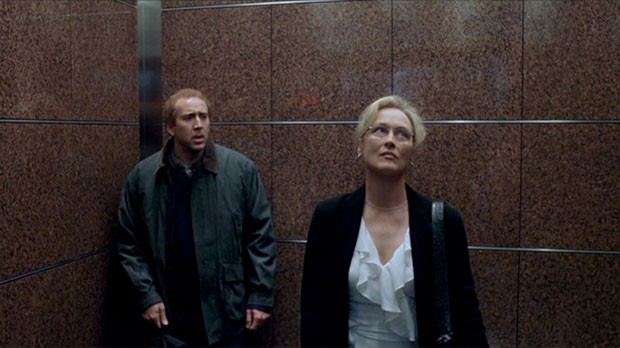 Many of the films and television series we will see in 2017 began life as something else: a book, a blog, a magazine article – even a poem. Viewers aren’t always aware that what they are watching had its origin in another form, yet from Trainspotting 2 to The Handmaid’s Tale to Fifty Shades Darker, our screens seem to be fuelled by stories that began as words on the page.

For the last several months I’ve been on a programme called Adapt to Film.  Funded by the British Film Institute (BFI), Creative England and Creative Skillset, the programme seeks to find both new material and new voices for adaptation. In part the rationale for such programmes is the industry hunger for new material, particularly as television and film expand from traditional network-based funding models to online platforms such as Amazon, Netflix and HBO. The expansion of the online streaming platforms has been so rapid that TV and film risks having a shortage of both writers and stories. Adaptation offers a more sure bet than original scripts because by definition the stories have already found some success in being published, and may have a ready-made audience curious to see them reinterpreted for the screen.

Being on the programme has been like being hustled into a new country via the fast-track line at immigration, with an adaptation to a new language and way of thinking required of the fusty, Twentieth Century-schooled fiction writer (a.k.a me) as much as a new reckoning with form. In the film world people really do speak like an issue of Variety: editors give you ‘notes’ rather than edits, actors are called ‘talent’ and writers can be observed walking around the room muttering their ‘pitch’ to themselves before confronting a steely producer.

But like any art form, adaptation relies on craft. The source material has to be re-thought, re-interpreted, re-structured and often completely re-imagined for a visual medium. Film in particular requires a strong ‘spine’ to the story and an identifiable visual idiom. For a novelist working in film for the first time, the most obvious difference is the lack of access to interiority – the inner thoughts, feelings, memories, regrets, suppositions and flow-of-consciousness  – of the characters. For me, translating the content of mind, thought or consciousness is a large part of the appeal of fiction writing, and relinquishing it is a challenge. As it turns out, the cinematic technique of story-telling is somewhat like the close third person point of view in fiction. The camera shadows a character – or, more uncommonly, characters’ – actions, expressions and declarations, as if looking for clues to their inner state, but crucially without being able to divulge a literal account of what that might be.

We learned that cinema generally favours a single point of view and one through-line: a track down which a story progresses relentlessly, rather than diving off into multiple perspectives and subplots, as the novel can do. The worst thing that can happen, as one of our tutors described it, is when the story ‘keeps slipping through your fingers’, when the central story and the point of view somehow never cohere or align. Another major difference between fiction and cinema is time management: in novels the passage of time can get you through transitions in locale, story and character. In a novel you have all the time in the world. In screenwriting you don’t have this luxury. The phrase ‘cut to’ says it all.

And, crucially, there is money: the money required to make the object and the money that can be made from it is vastly different. Granted, a novel requires a huge investment by its writer; a novelist working on a book full time for two years relinquishes a notional salary. But publishers make increasingly modest investments in books. Films on the other hand require a minimum investment of around £300,000 for an independent, small-scale film, but have the potential to pay back their investors many times over.

At the moment television is where the action is, according to our tutors. Long-form TV is increasingly playing the part the novel used to play culturally, with stories of Dickensian complexity unfolding over twelve episodes and running for many seasons. This re-structuring of the visual environment is pushing small stories into feature film. I like the intensity and immediacy of film. Films are more lyrical than television and offer a world view, vision and aesthetic. A film needs to have integrity to affect its viewer whereas television can rely on more prosaic charms. Film also seems a more close correlation with the novel because its relatively limited duration condenses motif, implication, supposition and inference – at least in so-called ‘art-house’ cinema. (Another thing I learned on the programme: ‘art-house’ means ‘no money’, so one has to be careful about using the term.) Film is the new short story, maybe.

For a writer, the real task is not only figuring out how to re-tell a story you have already told, perhaps quite satisfactorily, in another form, but that in screenwriting you have to be both the writer and the director at once: you have to ‘see’ the film in order to write it. If you want to have a visual metaphor of rivers (of water, of blood, of time or of melting chocolate ice cream) then you have to write it into the screenplay. If you want to imply a theme within the pauses, glances and fugitive moments of the screenplay, you have to make that evident in these negative spaces of the script. But you are not the director. And in fact writers are considered almost superfluous in film – the vision belongs to the director - whereas in TV they are seen as a vital part of the creative team.

In film, everything has to be condensed, starting with the ‘elevator pitch’ (you can tell it’s an American term – no-one says the ‘lift pitch'): the need to be able to condense and sell your idea for the moment when you are in the Chateau Marmont and the money men from Plan B get in. ‘In film,’ one of our tutors said, ‘you have to be able to condense it down to this: “this is the story of x, who does x, and this is what is happening.”’ Yet for novelists the hardest – impossible really – thing to do is to describe what you have written. In my entire career as a writer of fiction, my answer to this has been that I have no idea what I’ve done or what’s it about.

My guess is that won’t go down so well the next time I find myself in that mythic Los Angeles elevator (lift?). Thanks to Adapt to Film and its excellent mentors and tutors, I now have my pitch down pat: ‘It’s a post-human mash-up with tones of Tarkovsky in a kind of Stalker-meets-Skins for the Instagram generation.’ Just kidding.