Accidents and Miracles: teaching a photography and creative writing weekend course in London

The Accident by Youssef Sida 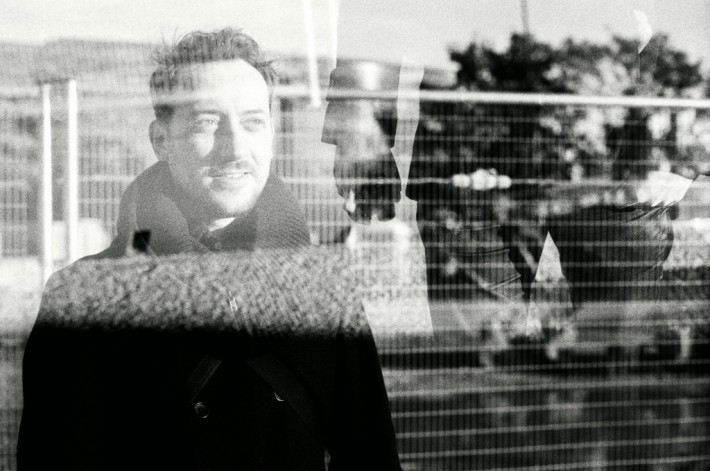 We all know that great photographs can emerge as much from accident and luck as from precision and planning. Moments when everything seems to be conspiring to be observed by the camera are rare. But when they do consent to exist, the satisfaction of their capture is what keeps many photographers in pursuit of that elusive moment of collusion and synergy between space, time and light.

Diego Ferrari and I have just taught an innovative course of our own design at Central Saint Martins School of Art and Design in London. Over three days we had the pleasure of mentoring nine talented photographers and writers as they constructed new bodies of work combining visuals and text.

What is the relationship between photography and text? Photographs don’t need words, nor do words need images, but sometimes putting the two together can open up new dimensions of meaning. It’s a fitting collaboration for an era when we are learning to read images faster and faster, and when images are increasingly a shorthand for words.

We easily gloss over the power of images, and their manipulative potential. We are becoming visually hyper literate, through the production and manipulation of images. I think we are largely unaware of our growing speed and dexterity in reading the bewildering array of visual messages we encounter on a daily basis.

The butterscotch tones of the interior of the tropical beach villa, for example, entice us with their obligatory hues of delight, wealth and ease. The adventure shots of friends at the summits of mountains or on the ski slopes are designed as much to provoke envy and admiration for what are essentially bought experiences as to document our activities. Most images anticipate the reaction of the unseen eye, because they are shopping something to that eye. We become a fictional character in our own lives, calculating the record of our experiences to provoke a suite of emotional responses in the viewer. The subject is no longer his or herself, but the object of our admiration. So many images now operate either in service to commercialism or to what you could loosely term ‘identity’ - a range of aesthetics, most of them romantic, about the way we and others see us, as individuals and our suite of interests, desires, purchases. Friends instantly pass approval or disapproval on these, by pressing the ‘like’ button or withholding their sanction.

To say our world is increasingly manipulated is not quite correct; it has always been malleable; ‘reality’ has always been up for grabs. What has changed is how many of us now have the means, through digital cameras and technology, to instantly capture, record and present our lives to an audience. This process is not always driven by narcissism or egoism, although certain platforms like Facebook encourage this. But it seems to me that we are involved unwittingly in a mass unplanned social project of constructing, through images, an infinitely refracted mirror.

We asked our students to forget the mirror and look outside themselves for narratives that are present in the city. Topics that caught the attention of our students were so various – typical of London, which presents a canvas and study of infinite possibilities.  Students produced work in one or more of three modes: reportage/lyric; essay/documentary; and fictional/metaphor. The bodies of work could not have been more distinct. Even so, common themes rippled through our students’ work: transformation and regeneration; the relationship between memory and the future, past and present in an endlessly transforming urban canvas; the importance of persistence amid transition; the eternal interplay between dark and light; what is lost and what is gained; playfulness and character; the pleasures of being an invisible observer; the constant battle between chaos and control.

Diego and I collaborate on two other courses at Central Saint Martins: Photography, Art and Architecture and Reportage Photography. These courses are always a pleasure to teach, as they attract intelligent, committed students. With this course we wanted to ignite a purist instinct to tell a story, either with images, or words, or ideally through a combination of both. Increasingly, online platforms are open to this. We showed students cutting edge internet magazines of art and culture such as Guernica and Aesthtetica, which give the reader and viewer a refined aesthetic both visually and textually, and commute easily between the lyrical and rational mode.

I think reportage photography the subtlest of the visual modes. We are asked, rather than told, to think about the image and its possible meanings. The purpose of reportage is to represent the world in the lyric mode, however brutal the subject: the viewer is asked to piece together not the narrative, but their own narrative. Its subtlety and reliance on uncertainty and metaphor are mirrored in literary terms in the short story and the poem – both lyric, rather than narrative, forms. This is what I have always admired about reportage, how it elicits and requires the subjectivity and subtlety of the photographer. We are not being asked to form any an opinion, sign up to anything, ‘like’ anything, buy anything. This gratis currency of images is, I think, dying an accelerated death in an era where any image has the capacity to be instantly put to commercial use.

So it was a relief to enter into the playful and imaginative territory of our students. A man, an empty box, a blue wolf – in this simple sequence of images we were told a modern South Bank fairly take. We were introduced, by way of a crocheted Baobab tree (a current art installation on the South Bank) to the Russian/Hebrew/Yiddish concept of Balagan – chaos/fiasco. In Youssef Sida’s work (pictured) we see the essential mysteries encoded in everyday experience in the city. In another body of work we encountered the modern-day flaneur, wandering with bewilderment in an urban landscape regenerating so quickly that all traces of the past are being hastily rearranged, if not discarded. And we were challenged, through the title of another students’ presentation, to ponder the question: Is all innovation good?

This is an urgent question for our historical moment. We are an adaptable species. We accept innovation almost without comment or protest. There seems no end to where technology can take us. In the future we will be confronted with more systems to ease our movement in urban spaces, more crowd control platforms, more supermarket checkouts where we encounter a voice that commands us to please put our items in the bagging area, or remove them, or do this or that, so that our transaction can be completed.

Human interaction is being leached from everyday encounters. We are being made docile and malleable, obeying these dismantled voices that insist we complete actions in a pre-scripted order. Simultaneously we have an obsession with capture. The individual photograph embodies the false allure of the perfect moment. But there are no perfect moments in life as it is actually lived, because we don’t pause long enough to perceive them. We are awash in a sea of moments, each of them delivering us relentlessly to the next.

Over the weekend we also explored with our students the traditional subject matter of photography: light and shadow, the struggle to tell a story yet not tell it definitively, the struggle to get composition, juxtaposition and order of telling of the images right. Students worked with digital and analogue cameras, we told stories backward, we looked for clues in the urban landscape, a giant labyrinth of potential meanings, we photographed pigeons and people and dogs playing in fountains and saw ghosts disappearing down staircases and pondered the relationship between redscale colours and melancholy, or the inevitability and change in a simple act of making a coffee.

This is the dynamism of and honesty of photography: like literature, it does not only interpret the world, it makes it, and makes it new, by creating realities more condensed with meaning than our lived experience. It does this through language. Language is the story. Contrary to popular belief, the language in which the story is told is not style, or device, some affectation. It’s not even the medium. It’s not even language, in the end. It is everything – the world, the state of mind, the shape of the new reality we are making. Photographic language can be this too: not a tactic or technique. Language – visual language as much as words – is not only the medium or the message, it is the story and the meaning.