‘Wordsight’ – WG Sebald and the image as text 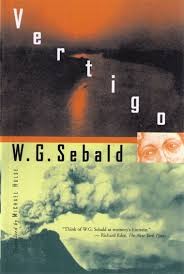 We have become used to illustrating our lives. If we want to buy a new digital camera, we take a photo of it in the shop with our smartphone and send it to our friend the digital camera whizz to advise. We document our dinner and send it via What’s App to our brother in a distant country, so they can ‘share’ our meal. For an experience to remain undocumented (if your camera breaks on safari, for example) is to say it didn’t happen.

This frantic archiving of the now is done in the name of ‘sharing’, but I’m not so sure. I think it smacks of an obsessive, perhaps even neurotic, narcissism. We are not sharing so much as selling – ourselves, our experience, the ingenuity of our chicken kebab, the eventless guff that makes up much of our days.

The proliferation of images in our life, and their potential triumph over language, is one reason why the relationship between image and text in intrigues me. I’ve just spent a weekend teaching our occasional course with fine art photographer Diego Ferrari and I co-tutor at Central Saint Martins College of Art and Design in London. Our Creative Writing and Photography weekends aim to get students to create a new piece of visual work and a new text, which sit in conversation with each other.

One of the writers we looked at is WG Sebald, who is widely acknowledged as one of the most important writers to emerge in Europe in the latter days of the 20th century.  Sebald, who died in a car accident at the age of 57 in 2001, taught at the University of East Anglia, where I also work, and his influence and presence permeate the corridors of the Literature department.

His books defy category; are they fiction, memoir, travelogue, or a hybrid of all? His ‘novels’ feature narrators either unnamed, or who seem to be alter egos of the author. The narrative is one of listless recollection, moody travelogue, contingent investigations. Elliptical and intense, they do not so much tell a story or divulge meaning as present a series of enigmas. His inimitable writing style is an amalgam of photographic realism and finely-rendered emotional tonalities, producing an effect something like seeing the world in sharp outline through fog.

He also disperses images through this text. Many critics have written of the ambivalent relationship between image and text in Sebald’s work. The exact function of these images, which are, variously, ticket stubs, newspaper adverts, torn pages from notebooks, archival photographs, muddy landscape shots, is unclear.

As images, many are plain to the point of banality. They often seem to function as ‘evidence’ of the story’s veracity: the narrator goes to Verona on an oblique quest, and we are duly provided with out-takes from a Verona newspaper and a rail ticket whose destination it is. Yet these fragments and images assume a strange glamour within his narratives, so often preoccupied as they are with the enigma of the self in history, and how history bestows identity and simultaneously enacts an erasure of the individual

Until Sebald came along, photographs had a tidy, boundaried relationship with literature. A selection of images might be bound in the centre of a biography, for example, in a stand-alone section printed on photographic paper – an arrangement driven by printing technology of the twentieth century, where for production and cost reasons photographs had to remain quarantined from the main text. Now it is much easier – and cheaper – to intersperse images with the text.

But what are these photographs doing there in the first place? The old adage that a picture is worth a thousand words is hard to refute. Images can drown words, pre-empting their existence and smoothly cancelling their influence. Also, a photograph is often taken to be a signifier of the real – evidence, documentation, proof. Yet in Sebald’s work the images are counterfactual. They do not seem to confirm or illustrate the text. Instead they appear as enigmas, even deliberate red herrings aimed at destabilising our expectations of image.

Sebald is not the only writer to use this method, but he remains the best known. But that’s it – it’s not a technique, or a method, exactly. His use of images seems as intrinsic to his work as his inimitable voice – morose, anxious, preoccupied with some past error, the near certainty of a future tainted by this. In part because they are disconsolate artefacts, these ticket stubs, restaurant bills, tourist brochures; they are the stuff that falls out when, after a trip, when you empty out your pockets.

There’s another possibility: that we might use words to see images, and images to see words – a term was coined for this process by one of our students this past weekend, ‘wordsight’. This isn't synesthesia, or not exactly. But rather than being mutually opposed, the visual realm and language might offer a way into each other. As John Berger’s work has suggested, photographs are a portal. They are not a single static image. They open up a labyrinth of association, through the mere process of looking.

In narrative fiction, association is established through story. As we discussed this weekend, readers look for cause and effect. This is a basic premise of narrative, expressed in EM Forster’s famous explanation of the difference between fact and a story: ‘The king died and then the queen died,’ is, as Forster wrote, a statement of fact. ‘The king died, and the queen died of grief’ is a story.

Sebald’s visual enigmas remind us how we flounder in linearity, insisting on a legibile narrative through time, and so miss the real nature of experience. To want a direct relationship to exist between the image and the text is to miss the point; all our lives are illustrated in ways that can never fully capture the meaning of what anthropologists call ‘lived experience’ – an amalgam of life, what actually happens, and our attempts to assign meaning to this.

Neither words nor images on their own could create the curious texture of his work, the relentless, nostalgia-soaked patter of his haunted hyper-intelligent narrators, whose lives are a project to locate themselves convincingly in time and space, but who ultimately fail.  But then his images are something of a hoax – convincing the reader of the ‘reality’ of the text, of its fact-based narrative, while simultaneously confirming its fictionality. In using images Sebald is commenting on the relationship between documentation, truth, narrative, and memory.

The key to his unique aesthetic is that his images are themselves fiction – an alternate fictional narrative, embedded within the text. Rather than evidence of the real, the photographs in his fiction suggest the existence of a fissure in reality, a gap from which these cryptic images emerge. It is in this gap, rather than in either the image-narative, or the text-narrative, where the story really resides.